"With TPP benefitting Vietnam, since it will get duty-free access to the US, Canada and Australia, Gangwar is of the opinion that his ministry along with the Ministry of Commerce is looking at signing FTAs with important markets like the EU, the US, CIS countries, South Africa and Turkey and Latin America, which can provide an edge to Indian exports."

India’s textile and garment exports target of $47.5 billion for 2015-16, with an estimated increase of almost 14 per cent against last year will not be met amid tough global economic conditions. However, textiles minister Santosh Kumar Gangwar is optimistic about India even though the Trans-Pacific Partnership (TPP) will benefit competitors like Vietnam, which will get duty-free access to the US. 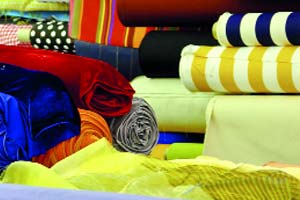 According to Gangwar, there has been a decline in textile and apparel exports in the last few months owing to various factors. Now the ministry of textiles has initiated several steps to boost exports such as reduction of excise duty on man-made textiles from 12 per cent to 6 per cent; enhancement of market coverage under the Merchandise Exports from India Scheme (MEIS); upward revision of duty drawback rates as well as value caps; continuation of interest subvention scheme and expanding its scope; and providing working capital at 7 per cent to exporters under priority sector lending.

Of these, the government has taken action on recommendations related to MEIS. For example, duty drawback rates were raised by 2 per cent for textile products in November and interest subvention. With TPP benefitting Vietnam, since it will get duty-free access to the US, Canada and Australia, Gangwar is of the opinion that his ministry along with the Ministry of Commerce is looking at signing FTAs with important markets like the EU, the US, CIS countries, South Africa and Turkey and Latin America, which can provide an edge to Indian exports.

Wage is a wide-spread issue among most textile and apparel industries of countries exporting to the US, EU and other nations. To make India’s labour laws flexible, the textiles ministry has forwarded proposals include raising over-time limit for employees from 50 hours a quarter to 100 hours; relaxing restrictions on work during night for women in factories; revision of over-time wages at the rate of one-and-a-quarter times of the regular rate (as per ILO convention numbers 1 and 30) instead of two times; redrafting regulatory framework for labour issues in compliance with India’s ILO obligations; and also introducing fixed-term employment under the sub-section 1(15) of the Industrial Employment (Standing Orders) Act, 1946.

According to Gangwar, the existing Revised Restructured TUFS (RR-TUFS) is under review and a draft note for the Cabinet Committee on Economic Affairs (CCEA) has been circulated among relevant ministries. An allocation of Rs 1,413.68 crores has been made under the TUFS scheme during 2015-16, of which Rs 882.49 crores has been disbursed until November 30, 2015. Further claims under Restructured TUFS and RR-TUFS for Rs 211.92 crores are under process with the ministry, which relates to claims up to the June quarter of 2015-16.

As far as the new Textile Policy is concerned, the textile ministry had constituted an expert committee—headed by Ajay Shankar, member secretary of the National Manufacturing Competitiveness Council—for reviewing the textile policy 2000. The committee has already submitted a draft vision, strategy and action plan, which has proposed an additional job creation of about 35 million, export of $185 billion (both textiles and apparels), domestic production level of $350 billion and investment of $200 billion by 2024-25. Based on this, the ministry has further begun talks with various stakeholders—including industry associations and export promotion councils—and started a study of textile policies of various state governments.