Tech vs labour: Vietnam should leverage its skilled manpower edge

"Due to labor shortages, developed countries, such as the UK, the US and Japan, had to hire workers from Mexico, China, India and Vietnam. In the era of Industry 4.0, many textile and garment plants in Vietnam, China and India are expected to be moved to the US where robots have replaced humans in many positions. Using robots costs less than hiring manual workers." 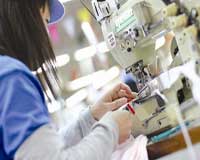 Due to labor shortages, developed countries, such as the UK, the US and Japan, had to hire workers from Mexico, China, India and Vietnam. In the era of Industry 4.0, many textile and garment plants in Vietnam, China and India are expected to be moved to the US where robots have replaced humans in many positions. Using robots costs less than hiring manual workers.

A recent International Labor Organization report shows more than two thirds of 9.2 million textile, garment, leather and footwear workers in Southeast Asia are being challenged by the rapid explosion of scientific and technological applications. Large amounts of work being done by humans will be passed on to robots. As a result, low-cost workers who account for about 86 per cent of the total workforce of the Vietnamese textile and garment sector, 88 per cent of that in Cambodia, and 64 per cent of that in Indonesia risk unemployment. 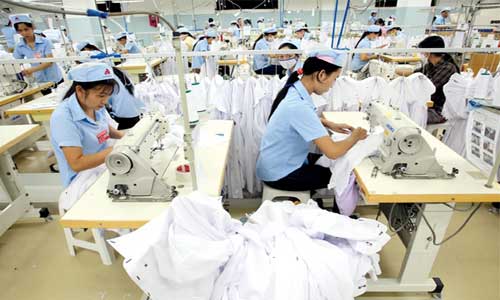 As we move towards tech enhancements and embedding industry 4.0 into our factories of future, times are going to be challenging for countries who are still running on the power of labour. Today skilled manpower who is tech-enabled is the need of the hour to survive the battle. To get ready for Industry 4.0, Vietnamese textile and garment companies should promote technological innovation and human resource development.

It’s an accepted fact these days that technology is overpowering human skills when it comes to efficiency and time. For instance, the Viet Thang Jean Company, used to employ about 2,200 workers to operate a production line that creates 10,000 products daily. Now, with the help of automatic equipment, the company needs only 800 workers to operate the production line. However, investment in machine is still costlier. A laser cutting machine that can replace 100 workers per day costs nearly €800,000. To reduce the number of workers required to operate its production line, the company had to spend approximately $10 million. This effectively means that businesses should take into account investment in automation to ensure its highest effectiveness.

Preparing for the big race

Experts say the use of automatic equipment has helped Vietnamese textile and garment companies increase productivity by about 20 per cent. However, machinery cannot replace humans in the field of garment design that requires human creativity. Vietnam currently is the world’s fifth largest textile and garment exporter. In recent years, Bangladesh, Cambodia and Myanmar have been able to gain business on the back of cheap labour as compared with Vietnam. However, these countries can compete with Vietnam only in attracting orders that require simple techniques. Vietnam prides itself in having a skilled and experienced workforce, and thereby delivering complex technical requirements.

Saurav Ujjain, Chief Representative of ThreadSol in Southeast Asia, points out garment and fashion companies should make the most of technology and software to increase productivity and save materials. Artificial intelligence and mobile applications should be used to control and minimise material waste. Human resources should be trained in information technology, network security, artificial intelligence, robot technology, the Internet of Things (IoT), and 3D printing technology. Nguyen Thi Tuyet Mai, Deputy Secretary General and Head of the Vietnam Textile and Apparel Association’s Representative Office in Ho Chi Minh City, also felt that businesses need to pay attention to information security when using software and technology in production. They should be careful in choosing the most suitable technologies to help them enhance economic efficiency and contribute to the development of the Vietnamese textile and garment sector. At a macro level, the government needs to increase the application of information technology in institutional and administrative reform to help businesses enhance their competitiveness and invest in Industry 4.0 technologies.