Spring edition of IHGF-DELHI fair be held in April 2020 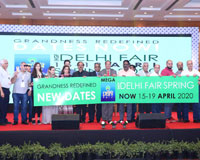 Shri Rakesh Kumar, Director General – EPCH informed that the dates of Spring edition of IHGF-Delhi Fair have been shifted from February to 15 – 19 April, 2020.

Shri Kumar stated the reasons behind shifting of dates of Spring edition of IHGF-Delhi Fair by elaborating that after conclusion of IHGF-Delhi Fair Spring 2019, the Council carried out a survey amongst exhibitors and buyers so as to take their feedback to consider shifting the show dates from February to April i.e. before China and Hong Kong fairs and found that 90% of the participants of this edition of the show expressed that dates should be shifted to April. Another reason for shifting dates cited was to give proper time to manufactures to prepare and develop new products lines to encourage buyers to visit the show in April enroute their way to the shows in China and Hong Kong. Shri Kumar informed that EPCH availed the opportunity of availability of buyers from more than 50 countries who are in India to source their requirement from Home Expo India being held at India Expo Centre & Mart and exhibitors as well to share and popularize the new dates of IHGF-Delhi Fair Spring to be held from 15 – 19 April, 2020.

As EPCH is an apex organisation of handicrafts exporters, the feedback received from the members was to be welcomed so 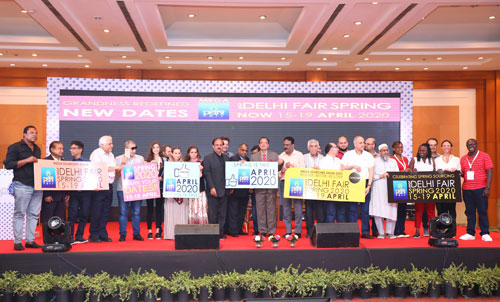 accordingly Members of the Committee of Administration have took the decision to shift the dates of Spring edition of IHGF-Delhi Fair from February to 15 – 19 April, 2020.

Shri Kumar elaborated that EPCH had been organising Spring edition of Indian Handicrafts & Gifts Fair 1994. The first edition of this fair was held in January, 1994 at Pragati Maidan, New Delhi with 313 exhibitors in an area of 5500 sq. mtrs. at Pragati Maidan with visit of 515 buyers. From 2006 onwards the fair is being held at state-of-the art exhibition centre i.e. India Expo Cenre & Mart, Greater Noida. The Indian Handicrafts & Gifts Fair was revamped and renamed as IHGF-Delhi fair with bigger, bolder and for five days during in 2014.

Shri Kumar hoped that with new dates of the show from 15 – 19 April, 2020 more buyers would be able to visit the show before going to attend fairs in China and Hong thereby enhancing business enquiries and earning of foreign exchange for the Country.