‘Spinners' situation tight, but not so bad to close down’, says Sanjay Jain

"In his letter, Jain describes the last two years as the worst ever period for spinning industry despite cotton prices being reasonably low due to a demand supply imbalance created out of new spinning mills coming up in some States (viable due to incentives rather than fundamentals) and slow demand locally due to two successive poor monsoons and overall subdued sentiments in the globe."

The spinning industry in India is going through a tough patch and many players are feeling the heat due to various reasons. To share his mind, to get the industry out of the crisis and to initiate a starting point for discussion, Sanjay K Jain, Managing Director of T T Ltd and Deputy Chairman NITRA has written an open letter to industry colleagues.

In his letter, Jain describes the last two years as the worst ever period for spinning industry despite cotton prices being reasonably low due to a demand supply imbalance created out of new spinning mills coming up in some States (viable due to incentives rather than fundamentals) and slow demand locally due to two successive poor monsoons and overall subdued sentiments in the globe. Exports have failed to cheer the industry up due to the disadvantage created by FTAs. 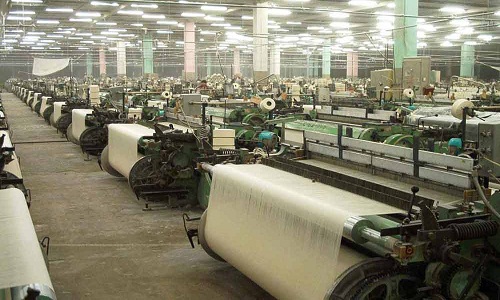 Cotton yarn has suffered further as the government felt yarn needs no incentives. “It’s true that yarn needs no more any investment incentives but it surely needs incentives to export. Requests went unheeded by the government from various associations because they didn’t go into the details of demand – supply minutely or tried to understand the plight of spinning industry (though its classified as a stress industry by the Banking sector),” he writes.

He explains further that in his business life, he has not seen a worse situation than this, where such a big disparity is there between spot cotton prices and yarn prices. The more disturbing fact is that no yarn buyer is hassled or is rushing to buy yarn - they know cotton prices have moved 30 per cent and yarn just 15 per cent - still no anxiety!

What led to this situation….

Unplanned and illogical incentives being given for building spinning capacities (so much that it's practically irresistible for one to not invest (central government has finally understood, but state governments still haven’t). “Lack of any authentic crop and stock data in India, despite being the second largest producer and consumer of cotton. Wrong and misleading cotton estimates from leading agencies /associations, gave a false notion that the country had enough cotton, indeed it’s difficult to estimate, but if so then better not to give estimates. Crop size in 2015-16 season is turning out to be substantially lower than estimated, catching spinners on the wrong foot,” says Jain in the letter.

He rues the government turning a blind eye to the spinning industry without understanding the facts and delay in TUF payments and being companies penalised for system errors by banks in filing TUF claims. Retrospective amendments made to deny benefits under Incremental Export Incentives – industry had to go to court for justice. “Export incentives given to all segments of the industry except yarn under MEIS and subvention - does the end user industry in India have the capacity to consume Indian yarn? India leads in exports not because we are the best, but because spinners have no choice but to undercut and sell yarn in exports to offload the 30 per cent excess spinning capacity,” says Jain.

Moreover, the rupee has weakened much less than most other currencies, even Yuan has depreciated more over the last one year. And domestic consumption has remained muted due to two consecutive poor monsoons, fabric imports, and overall low sentiment in the economy.

What spinners need to do? Jain says, there are no easy answers or perfect solutions. And it would depend on the situation of a mill but yes those with cotton should capitalise on this opportunity to make handsome profits and strengthen their balance sheets. However, the reality is that most mills are not well covered and the median of mills coverage would be from 15 days to 45 days. Adjusting for yarn sold, the cotton available will be for maximum 15 days.

However he does have some suggestion for mills to reduce the impact of crisis.

• If yarn is available or selling at cash loss position - isn’t it better to stock yarn instead of cotton? Sounds absurd, but do give it a thought. Cotton can be stocked to push up prices, why can’t yarn be stocked! Why can’t the industry use their cotton limits for yarn?• If all mills decide to keep 15 days yarn stock - it would have a double impact - yarn prices would move up and mills would stock less cotton leading to less pressure on cotton demand.

• Spinners need to push their respective associations to knock at the Government door loudly and show them the truth. The industry need to demand for similar benefits as the rest of the Textile Chain - don’t support further investments but save those who are there.

• State governments need to be approached by the Textile Ministry to create a balanced policy - Governments are telling farmers to reduce cotton production, but are incentivising mills to come up. A serious look has to be taken at the overall Balance sheet of the country.

• There are various rumours floating in market that we shall not have cotton in August/September to run the mills - due to lack of information, no one can be sure of exact situation.

And Jain gives his own calculated balance sheet (October 2015- September 2016) in lakh bales.

He says the situation is surely tight, but not so bad that mills have to close down due to cotton prices. Today, cotton going up due to sentiments, as buying demand isn’t more than 50000 to 60000 bales per day while stock in hand is not less than 40 lakh bales – it’s just a matter of perception as to who feels when they should offload. The day 10 per cent of the stockists decide it’s time to sell, the industry shall see a correction.

A cautious cotton purchase and using the limits for stocking yarn till it reaches a reasonable level, could be the answer to save the industry. Unfortunately the cotton trade keeps floating news but spinner stay muted and just looking in despair and complaining amongst themselves without taking any concrete action, he concludes by urging the spinners to join together and see what best can be done to get out of the situation.