After three days of steady business between March 15-17, 2017, new discoveries and networking amongst global industry, the world’s largest apparel fabrics and accessories trade fair for Spring/Summer closed its doors with record number of exhibitors. Nearly, 3,341 exhibitors from 26 countries and regions made the most of Intertextile Shanghai Apparel Fabric’s global platform, a 5.9 per cent increase compared to 2016 (3,155 from 27 countries).

After three days of steady business between March 15-17, 2017, new discoveries and networking amongst global industry, the world’s largest apparel fabrics and accessories trade fair for Spring/Summer closed its doors with record number of exhibitors. Nearly, 3,341 exhibitors from 26 countries and regions made the most of Intertextile Shanghai Apparel Fabric’s global platform, a 5.9 per cent increase compared to 2016 (3,155 from 27 countries). The buyer number remained steady, with around 71,000 visitors from 103 countries and regions attending (2016: 71,163 from 100 countries and regions). This included buyers from concurrent Yarn Expo, CHIC and PH Value fairs who also attended Intertextile Shanghai. 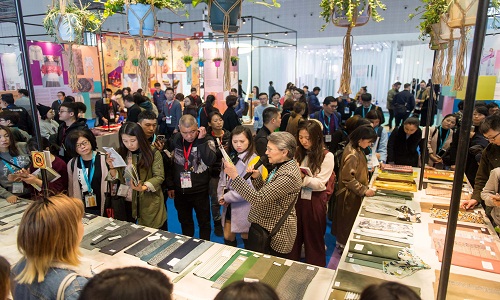 As Wendy Wen, Senior General Manager, Messe Frankfurt (HK) Ltd said, “This fair is one of the most important events for worldwide textile market, and the strong business results for exhibitors and buyers this edition once again validates this. The amount of new business that was generated here this week, as expressed by many exhibitors, was the most pleasing aspect for us. This is due in part, , to our efforts over the last few editions to improve the quality of buyers sourcing at the fair, as well as a strong focus on our product zones which target the growth areas of the market. We have also continued our work with the venue to ensure service standards continue to improve, which has provided a more conducive environment all-round for business to take place.”

Amongst the many exhibitors reporting strong results were two world-renowned brands returning to the fair. With long participation at Intertextile Shanghai, they managed to meet new, quality buyers in this edition. “Although we are always exhibiting here, we still see new people at the fair and can always find potential customers,” Eberhard Ganns, MD, Union Knopf (HK) Ltd, Germany, explained. “Many companies in China are growing in size as well as quality, so they are interested in our products. Around 70 per cent of people at our booth have been new and interested customers, so Intertextile Shanghai is the show to be and is an absolute must! We are telling everyone if you want to be serious in this business then you have to be here.” Ganns also said they didn’t just receive interest from Chinese buyers, who anyway have significantly increased in recent years, around 20 per cent of visitors were from overseas including Asia, Europe and the US. 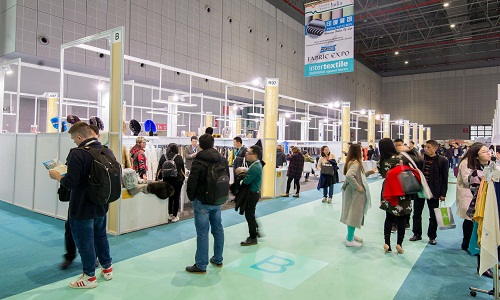 Korea’s Hyundai Chemical has been participating in the Spring-Autumn editions of the fair for four years, with Youn Seok Jang, Overseas Sales Team Manager, explaining the reason for returning is Intertextile Shanghai’s ability to attract the right buyers. “We obtained over 50 business contacts from both new and existing clients over two days. A large number of contacts were domestic Chinese buyers, while buyers from the Americas and Europe also showed genuine interest in our latest products. The fair keeps getting better year after year, and we are able to connect with enough new buyers every edition to make it worthwhile for us to come back repeatedly.”

Returning American buyer Steven Fuller, Director Men’s Woven’s, Tommy Bahama, was at the fair to source unique and innovative fabrics. “I have been to many previous editions and this is one of the most comprehensive sourcing platforms for our company to gain contacts. There is no place in the region that has these many suppliers to choose from. I met companies who develop their own fabrics, and have also had the chance to speak with the product developers, which is helpful in explaining the nature of their product. This also makes Intertextile a central meeting hub for key industry players. This edition we connected with over 20 suppliers, while having already placed orders with four of them, including from China, Korea and Taiwan. Overall, I am pleased with the fair and like every year, it is able to fulfil our sourcing needs. We will definitely be back again this October.”

More in this category: