"With the amendment of labour laws, women workforce will be able to work during night shift. As per existing norms, women are allowed to work only in the day. With the textiles sector being the second-largest employment provider with over 50 per cent coming in from women segment in rural India, it is important to facilitate women workforce adequate policy support to work during the night shift."

India’s new National Textile Policy is close to finalisation and expected by end of April, 2016 during the Budget session. The new policy is expected to accommodate a series of reforms to make India a truly manufacturing hub for textiles. The idea is for Indian textiles players to take maximum advantage of China’s slowdown in textiles sector. 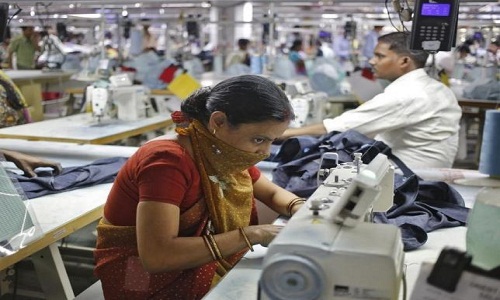 With the amendment of labour laws, women workforce will be able to work during night shift. As per existing norms, women are allowed to work only in the day. With the textiles sector being the second-largest employment provider with over 50 per cent coming in from women segment in rural India, it is important to facilitate women workforce adequate policy support to work during the night shift. The government has also laid specific focus on reducing transportation cost, as a result of which the cotton seed transport cost has come down by almost 25 to 40 per cent.

According to Santosh Kumar Gangwar, Minister of State for textiles, the ministry has given approval to 24 new textile parks which will create employment for an additional 4,50,000 people. In addition, the textile ministry has also written to the ministry of finance to lower interest rates to 7 per cent on working capital to which works out to 10.5 per cent. A sudden spurt in interest rates from 3.5 per cent to 10.5 per cent has resulted into many manufacturing units closing down and others facing huge squeeze in their profit margins. 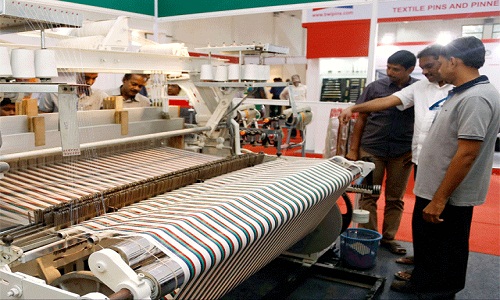 The government is looking into special incentives for manufacturing units being set up in the Northeastern states including Bihar, Jharkhand and West Bengal where cost of production would work out to lower than existing places like Maharashtra and Gujarat. Labour is cheap there. So, the pressure of high cost of production would certainly ease to certain extent, according to industry analysts. The government has focused on skilling of youth in various sectors. Through this, around 625,000 of skilled manpower have been given employment in textiles sector in the last 18 months.

According to Gangwar, the slowdown in Chinese economy has rendered cost of textile production in China high. So, Chinese textiles manufacturers have lost their competitive advantage in the last few months. This has offered an opportunity for Indian players to grab market share in the developed world especially the European Union and United States, which cumulatively consists of around 60 per cent of the global export market. This is the right time to increase our market share in exports, he opined.

Apart from that the government would also facilitate exports schemes to promote textiles exports. In India, textile manufacturers are currently enjoying various exports incentives schemes including MEIS and duty drawbacks. The minster is confident that the, inclusive and participatory vision of the government would give long term benefits.