Agreeing to this view, Gustavo Gonzalez-Quijano, Secretary General of Cotance noted Pakistan was neither fulfilling any of its social obligations nor respecting the core conventions stated as obligatory for these EU trade programs. According to him, there was systematic abuse in both Bangladesh and Pakistan which could prove detrimental to the European industry. 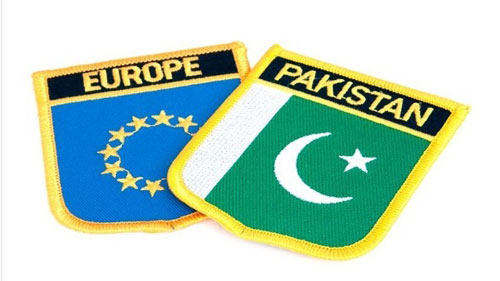 Preferences (GSP). Pakistan benefits from substantial duty reductions on its exports to the EU, under strict compliance with 27 international core conventions set out in the GSP+ prerequisites. Bangladesh, on the other hand benefits from the less generous, and also less onerous, Everything But Arms (EBA).

In a written question to the European Commission recently, Lithuanian Member of the European Parliament, Petras Auštrevičius from the Group of the Alliance of Liberals and Democrats for Europe raised Europe’s concerns about workers’ rights in Pakistan, specifically relating to the leather and textile sector. He questioned the European Commission’s decision to grant GSP+ to a country that does not respect the prerequisite 27 core conventions thereby, jeopardising the EU textile and leather sectors. He also quizzed the Commission about its initiatives to prevent unfair competition as a result of this GSP+ grant.

Replying to this accusation, Trade Commissioner Malmström, on behalf of the European Commission, highlighted the Commission had published its Midterm Evaluation of the Generalised Scheme of Preferences (GSP) Regulation in October 2018. The study had analysed the impact of textiles and leather imports from Pakistan on EU industry, concluding that though it may harm some producers, others will benefit from the opportunity to manufacture their goods outside of the EU and import them under GSP.

The European Commission aims to support these countries in meeting their commitments and strengthentheir cooperation with the United Nations and International Labour Organisation through GSP+ monitoring. The Commission believes that Pakistan justifies its GSP+ status as it is making sufficient progress in key areas.

It is indeed surprising that the European trade commission holds such views. His view that European industries may benefit from manufacturing their goods in a country that has dismal record of labor standards and is currently on the terrorism financing list, is thought-provoking.