Experiencing a complete knockout due to the pandemic outbreak, the global textile machinery market slumped 30 per cent in 2020. Shipments of all types of textile machines including spinning, texturing, weaving, knitting and finishing machines declined during the year. As the 43rd annual International Textile Machinery Manufacturers Shipment Statistics released by the International Textile Manufacturers Federation (ITMF) show, shipments of finishing machines declined 17 per cent on average. In this segment, the largest decline was witnessed in the shipment of knitting machines which declined by 53 per cent while the shipment of draw-texturing spindles declined 30 per cent and those of shuttle-less looms shrunk by 16 per cent. An exception in this segment were large circular machines whose shipments increased by 13 per cent.

In the spinning machinery category, shipment of short-staple spindles fell by about 3.3 million units in 2020 to 3.63 million units. Around 88 per cent of 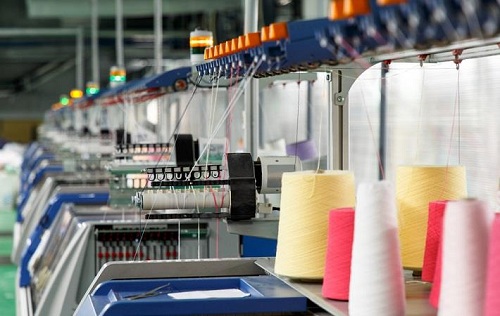 The second largest shipment in spinning machinery during the year was witnessed in open-end rotors with around 422,000 units. This was however, 151,000 units less than those exported in 2019. Around 83 per cent of rotors were exported to Asia and Oceania with Turkey, and Pakistan emerging world’s second and third largest importers of open-end rotors after China. Import by these two countries increased 290 per cent and 42 per cent respectively.

Driven by a fall in deliveries to Asia and Oceania, global shipment of long-staple (wool) spindles decreased 46 per cent from about 40,000 in 2019 to nearly 22,000 in 2020. Around 80 per cent of these shipments were directed to Iran, Turkey, and Italy.

In total, Asia and Oceania imported world’s 98 per cent, 93 per cent of water-jet, air-jet and rapier/projectile looms responsible. China was the largest importer of all three types of machines with 74 per cent of total global imports.

Against the rest of machines, global shipments of large circular knitting machines grew by +12 per cent to 30’231 units in 2020. Asia and Oceania were the largest importers accounting for 81 per cent of wordwide shipments. In Asia, China was the largest importers accounting for 62 per cent imports. The country imported 15,980 units of knitting machines during the year, followed by India with 2,433 units and Turkey 2,381 units, respectively.

The fabric continuous segment witnessed 75 per cent growth in shipments of Sanforizers and Compacters in 2020. The shipment of stenters is expected to have reached 1,731 units in 2020 while those of jigger dyeing/bean dyeing machines in the ‘fabric discontinuous’ segment declined 8.5 per cent to 529 units. Global shipments of ‘Air Jet Dyeing’ and ‘Overflow Dyeing ’machines also declined 18 per cent and -21 per cent respectively.