Brexit, a nightmare for the Caribbean

"The 12 Caribbean countries will have no structured trade relationship with Britain, once it finally leaves the EU. When Britain joined what was then the European Economic Community in 1973, it transferred all authority for its trade agreements to the community. Ever since then the formal trade, aid, and investment relations between the 12 Caribbean countries, has been with the EU. These relations were formalised successively in the Lome Convention, the Cotonou Agreement and the Economic Partnership Agreement (EPA)."

Other options have to be explored by the Caribbean countries for dealing with the twin problem of no formal trade relationship with Britain, and an existing EPA with the EU that is now skewered and ripe with problems.

The 12 Caribbean countries will have no structured trade relationship with Britain, once it finally leaves the EU. When Britain joined what was then the European Economic Community in 1973, it transferred all authority for its trade agreements to the community. Ever since then the formal trade, aid, and investment relations between the 12 Caribbean countries, has been with the EU. These relations were formalised successively in the Lome Convention, the Cotonou Agreement and the Economic Partnership Agreement (EPA). 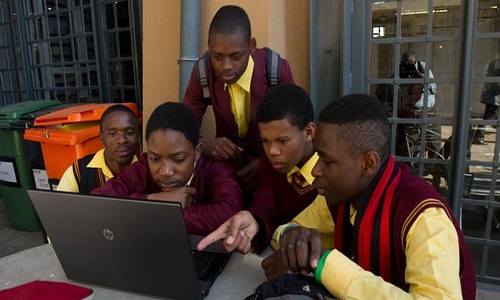 Up to the time of British entry to the EU, trade between Britain and the 12 Caribbean countries was conducted under a Commonwealth preferences scheme. That scheme fell away once Britain joined the EU and negotiated the extension of some of those preferences to the English-speaking Caribbean by the European body.

Once Britain officially exits the EU, Caribbean countries will have no trade agreement with it. Indeed, Britain will have no formal trade agreements with any country, having subsumed its authority for trade matters to the EU. Its first task will be to negotiate trade terms with the remaining 27 EU members, hitherto its biggest trading partner. Those negotiations will not be easy. Britain will then have to try to formalise trade agreements with other countries. The United States will be uppermost in its priorities, but President Obama had warned during the debate on Brexit, that the UK market of 64 million people would not be high on the US agenda. The EU, with a population of 450 million (without Britain) was a far greater target.

Under any circumstance, a trade agreement with the 12 small, English-speaking Caribbean countries (total market of approximately seven million) will also not be high on Britain’s list.

However, even though these Caribbean countries have been notionally trading with the EU, the majority of their exports have been going to the British market. Now that the EU will no longer be representing Britain, the EPA will not cover trade with Britain. That is an issue, however much on the back burner it will be for Britain that will be important to the Caribbean - at least for trade in services, particularly tourism. British tourists comprise a significant number of the annual visitors to the region.

More worryingly, once Britain leaves the EU, there will be several troubling consequences for the 12 Caribbean countries. Not only will the British market disappear from the EU, but so too will the British contribution to official aid and investment. It is most unlikely that the 27 EU countries, which had no historical relationship with, or colonial responsibility for, the English-speaking Caribbean, will want to maintain the level of official aid and investment that now exists.

Importantly, it should be recognised that the EU-EPA is the only such formal comprehensive arrangement that Caribbean countries have with any other country or region of the world. It is vital to maintain as much of it as possible.

There had been some speculation in Britain during the Brexit debate that Britain could resuscitate trade among the 52 other Commonwealth countries. But that idea, rooted in empire, is not only impractical, but also would not reap for Britain the trade rewards it derives from the EU. Britain’s earnings from exports to the Commonwealth are not huge, representing only 9.76 per cent of its total exports in 2014, while its merchandise exports to the EU represented a hefty 45 per cent of its total exports.

However, total Commonwealth trade in goods has declined over the years. And, even its share of world trade is owed to the trading capacity of only six of the Commonwealth states - Singapore, India, Malaysia, Australia, Britain and Canada.

As for the notion that Commonwealth countries could fashion a Commonwealth free trade agreement (FTA) under which they could give preferences to each other to expand intra-Commonwealth trade, while this is technically possible to make it compliant with World Trade Organization (WTO) rules, it is enormously difficult from a legal, administrative and even political standpoint. Certainly, Cyprus and Malta would have to leave the EU customs union.

The benefits of improved preferential access to all Commonwealth states within an FTA would be exploited by the major economies such as India, Malaysia and then by the developed Commonwealth countries Britain, Australia, and Canada. The Commonwealth’s 36 small states would not get much of a look-in.

The Caribbean countries will have to be explored other options for dealing with the twin problem of no formal trade relationship with Britain, and an existing EPA with the EU that is now skewered and ripe with problems.