Blame it on yoga pants, for cotton’s market decline

"Now-a-days, more women are wearing yoga pants. The problem for cotton is two-fold. These yoga pants contain more synthetic fiber than denim and more fiber goes into denim than yoga pants. Even if you had 100 per cent cotton yoga pants, we’d rather see the denim market going strong because more weight goes into those products, Worsham said."

Cotton is still the No. 1 fiber for apparel at retail, although cotton’s market share has declined over the past several years.

According to Berrye Worsham, president and CEO of Cotton Incorporated, the research and promotion group that are funded by U.S. cotton producers and importers of cotton products to the United States, the one culprit creating cotton’s current challenges in the apparel market, it is the recent fashion trend that favors lightweight yoga pants over denim. This is a real problem for cotton, he said. This is a consumer trend which has caught up all over the U.S.A. recently. 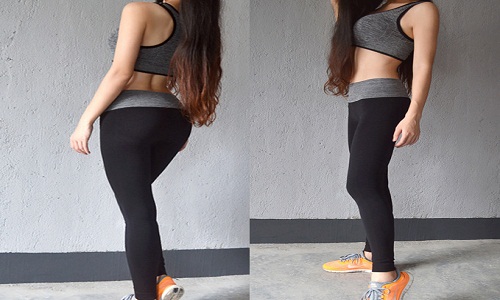 Now-a-days, more women are wearing yoga pants. The problem for cotton is two-fold. These yoga pants contain more synthetic fiber than denim and more fiber goes into denim than yoga pants. Even if you had 100 per cent cotton yoga pants, we’d rather see the denim market going strong because more weight goes into those products, Worsham said.

Sales of denim, the biggest user of cotton, have dropped while sales of yoga pants and other active wear have grown over the last couple years. Most active wear is a big user of polyester and other synthetic fibers.

His comments came during the Southeast/Mid-South Young Guns Tour of Cotton Incorporated’s headquarters in Cary, N.C. During the tour, roughly 40 young cotton producers, in their 20s and 30s, from Alabama, Arkansas, Florida, Georgia, North Carolina, South Carolina and Virginia saw first-hand how their cotton research and promotion check off dollars are being spent.

Cotton farmers pay an assessment of $1 per bale plus one-half of one per cent of the value of the bale to fund Cotton Incorporated. U.S. importers of cotton goods also fund the work of Cotton Incorporated. The programme is administered by the Cotton Board in Memphis, Tenn. which conducted the ‘Young Guns’ tour. Cotton Incorporated’s budget is $76 million this year, down $4 million from 2015.

Cotton is still the No. 1 fiber for apparel at retail, although cotton’s market share has declined over the past several years. According to Cotton Incorporated, over the past 12 months, cotton’s share of the apparel market was 52.5 per cent.

In fact, cotton’s decline in share began in 2008 after enjoying years of robust gains since the mid-1980s when cotton’s share was just 43 per cent of the apparel market. Cotton’s strong market gains continued until 2007 when the natural fiber controlled an impressive 62 per cent of the apparel market. A major drop in cotton’s share occurred during the financial crisis in 2008 and 2009 which dropped demand for all textile fabrics.

According to Worsham, cotton’s share of the apparel market will stabilize at 52 per cent and that efforts will work to move cotton’s share upwards again. Overall economic growth in the U.S. is critical for future gains, he said.

Cotton Incorporated is now focusing on the active wear market that is a stronghold for synthetic fibers, to further build cotton’s market share. Cotton Incorporated is enhancing its social media presence to reach consumers over more expensive television advertising, although advertising is still a key part of the group’s marketing strategy. Their new campaign, which started a year ago, is called ‘It’s your favorite for a reason.’ That’s a slight change from ‘Fabric of our Lives’ which is still the overreaching theme of our campaign. In the campaign, consumers, rather than celebrities, talk about their favorite cotton item and how that item makes them feel.

Cotton Incorporated uses paid advertising on Google, to further reach consumers looking for active wear. For example, when a consumer googles ‘best yoga pants,’ the ‘Fabric of our Lives’ campaign will pop up on the first page with suggestions for cotton yoga pants.

Consumer demand is still strong for cotton, despite the challenges. In fact, Cotton Incorporated conducted a survey of the textile trade in 2015 that show 68 per cent of the industry globally said they plan to use more cotton in 2016. Of that 68 per cent, 60 per cent cited consumer demand as the top reason, according to Worsham.

Consumer demand is still the most important component and that’s why you have to make sure that consumers still believe that cotton is a good thing, a viable choice in products today, Worsham concluded.