Africa’s rise as the next fashion hotspot

"New York, London, Milan and Paris, have long been touted as the fashion capitals of the world. With merging boundaries and shrinking trade ties, many African cities are emerging in the fashion world map. And cities like Lagos, Johannesburg, Dakar and Nairobi, are waiting to ink their name in this fast moving industry." 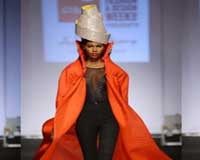 New York, London, Milan and Paris, have long been touted as the fashion capitals of the world. With merging boundaries and shrinking trade ties, many African cities are emerging in the fashion world map. And cities like Lagos, Johannesburg, Dakar and Nairobi, are waiting to ink their name in this fast moving industry.

While the fight to finish wasn’t easy for these cities, yet they proved themselves to be unparalleled incubators for fashion and design, connections for the creative visual arts and most importantly inclination towards sustainable growth, financial and commercial hubs. A recent Forbes Magazine study of most influential cities in the world listed Johannesburg, Cape Town and Lagos. In this context, the work of Style House Files (SHF) and its flagship event, Lagos Fashion and Design Week (LFDW), holds utmost importance. 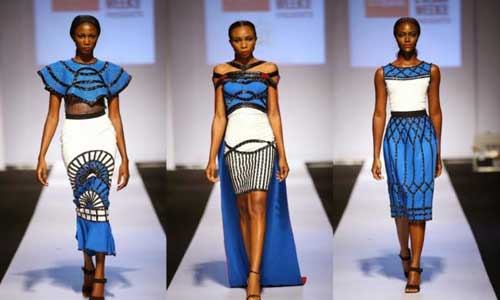 As per Omoyemi Akerele, CEO of SHF & Founder of LFDW, creating both a platform and setting an agenda that posits African fashion as every bit as desirable has not been an easy task. Africa is diverse and dynamic in terms of culture, historical references and commercial viability but the fashion and apparel sector within Africa is still often met with a degree of uncertainty and fascination. The event can play a major part in offering buyers an opportunity to see and purchase clothing, providing a platform for the wealth of talent in the industry, and capacity building in terms of education and regional government policy.

Meanwhile Akerele and her team have tied up with the right channels to showcase African designers. One such successful relationship is with SHF’s showcases at Pitti Immagine, one of the most prestigious international fashion platforms and the British Fashion Council’s Fashion Scout shows held during London Fashion Week. These events allowed instantly recognisable names on the Nigerian fashion landscape such as Lisa Folawiyo, Grey Projects and Gozel Green to gain further visibility and international sale. Akerele firmly believes beyond global markets, there’s lot to be served in the home turf. They want to make both the international fashion market and pan African fashion market co-exist.

According to UNDP projections, Africa will be home to the largest population of working adults in the world with middle class and high net worth individuals of equal relevance to brands by 2040. Realising this potential, luxury fashion major Michael Kors has been an ‘early adaptor’ with his standalone store in Cairo and an outlet in Cape Town’s fashion concept-store, Callaghan. Then there are mid-priced retail stores and brands such as Grey Velvet, ADA and Zebra providing affordable styles.

Domestic companies are finding it worthwhile to invest in the fashion industry now with Nigerian Export Promotion Council supporting the ‘Made In Nigeria’ campaign, and the Ugandan government’s African Growth Opportunity Act, which targeted the garment sector. As Europe continues to contract both in terms of economy and ageing population and insatiable appetites for all things fashion in alternative locations both for established brands and newcomers are unavoidable.