Cambodia has raised the controversial monthly minimum wage for garment workers by 28 per cent, a decision likely to infuriate unions seeking a higher increase and revive calls for strike action. Cambodia deployed armed troops in the capital in September as garment workers held rallies to revive a campaign for higher wages that had helped to stoke a year-long political crisis.

The growth of the garment sector has been a boon for the fledgling economy, providing as many as half a million jobs and generating $5 billion annually, but frequent protests by increasingly assertive unions, complaining about poor wages and bad conditions, have tested the government's patience. At stake, if the campaign leads to prolonged strikes, is the possibility of reduced orders from firms that outsource to Cambodian factories, such as Gap, Nike, H&M and Zara.

Two unions, the Coalition of Cambodian Apparel Workers Democratic Union and the Free Trade Union, have said that they didn't agree with the new figure and will hold meetings with their members about what to do next. The government however, feels that with revised wages workers will improve their living conditions, factories will be able to pay and production will increase. 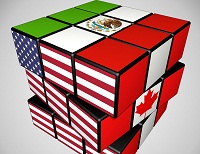 For domestic textile manufacturers and importers in the US, the United States-Mexico-Canada Agreement (USMCA) is a like the medicine that... Read more

Uzbekistan has initiated one of its most ambitious privatization projects in the cotton sector in its post-Soviet history. The Central... Read more

The pandemic, an opportunity to make or break US textiles, apparel industry

The Coronavirus outbreak across the US has exposed the country’s ineptness in manufacturing critical textile-related personal protective equipment (PPE) on... Read more 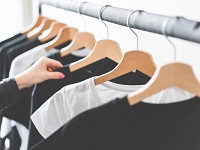 Apparel manufacturers invested lot of money in sustainable technologies in the pre-COVID period. However, now many of these manufactures have... Read more

The denim industry has been integrating new fabric technologies and retail formats to boosts sales for a while. However, increasing... Read more

Activewear needs a fresh approach as consumers stay away from synthetics 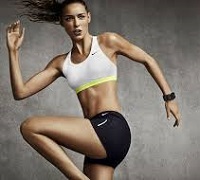 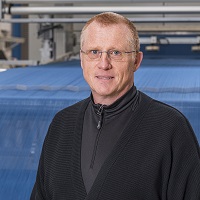 At the second Kingpins24 virtual denim show held in New York on June 23 and 24, the sustainable benefits of... Read more

The ongoing pandemic is altering the retail landscape in America as brands and their landlords are suing each other over... Read more

In its bid to prioritize profits over everything else, global fashion industry has been veering away from its original purpose... Read more

The last few months have been extremely challenging for apparel retailers. As sales stagnated and revenues declined, many had to... Read more