As the pandemic stretches on, retail bankruptcies have reached an all time high in a decade. COVID-19 is bleeding the US retail industry with around 43 retailers filing for bankruptcies so far, says S&P Global Market Intelligence report. Latest retailers to go into administration include Le Tote, owner of Lord & Taylor, and Tailored Brands, parent company of Men’s Wearhouse. There have already been more retail bankruptcies in the US this year than in the past eight years, reveals S&P Global. The pandemic has compounded retailers’ challenges already facing a dip in sales due to consumers growing preference for online shopping. What’s more the list retailers who filed for bankruptcy in the last few months include some of the biggest names and brands. 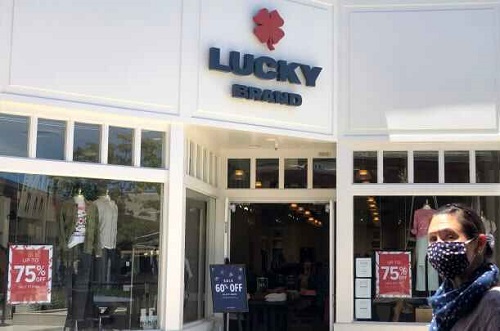 Group hope to salvage at least 125 stores of the apparel maker’s stores through their $350 million bid.

Listing more than $1 billion in liabilities, Ascena Retail Group, filed for bankruptcy 11 on July 23, 2020. It plans to permanently close majority of its Justice stores along with a few Ann Taylor, Loft, Lane Bryant and Lou & Grey stores. It will also close all of its plus-size Catherines stores.

The fashion rental start-up and owner of department store Lord &Taylor filed for bankruptcy on July 2. It listed between $100 million and $500 million in estimated liabilities. It is currently looking for a new owner, but will continue to sell merchandise online and in stores.

Tailored Brands, owner of clothing brands like Men’s Wearhouse and Jos A Bank, plans to reduce the company’s funded debt by at least $630 million through its restructuring.

Planning to emerge as a smaller company, Texas-headquartered department store chain JC Penney filed for Chapter 11 bankruptcy protection on May 15, listing more than $1 billion in liabilities. The company closed over 150 stores besides laying of 1,000 employees. It now plans to sell itself to avoid liquidation.

The Texas-based home décor specialist, Pier 1 Imports was forced into liquidation as its plans to find a buyer proved unsuccessful. The retailer filed for Chapter 11 bankruptcy protection on February 17, listing $340.6 million in liabilities.

American’s oldest sports goods retailer, Modell’s Sporting Goods was already facing a stiff completion from Amazon and had suffered a poor 2019 season. The pandemic forced the retailer to file for Chapter 11 bankruptcy protection on March 11. The retailer listed liabilities between $1 million and $10 million in its filings.

With more than 200 stores in shopping malls across the country, denim brand Lucky brands plans to close 13 locations permanently. The Los Angeles based company filed for Chapter 11 bankruptcy on July 3 as it liabilities over $100 million.