As Coronavirus spreads across Europe and the US, international fashion brands began delaying, reducing or cancelling their payments to Turkish apparel manufacturers. Some brands failed to inform suppliers about the status quo of their operations leaving Turkish manufacturers with$1.5 billion to $2 billion worth of stocks.

This led to the Turkish clothing sector shrinking by a staggering 65 per cent by the end of April, huge fallout for an industry sustaining over 1.5 million workers. Brands just didn’t understand it was a matter of survival for many people in the country, points out Hadi Karasu, Head, Textile Clothing Manufacturers Association. The world’s sixth biggest exporter of textiles and Europe’s third biggest source of ready-to-wear garments, Turkey is hugely dependent on its apparel industry for survival. The country is a rare net exporter — contributing up to 15 per cent of the country’s exports.

However, tensions between brands and their suppliers began to ease in April and May, as big fashion groups such as Levi Strauss & Co, 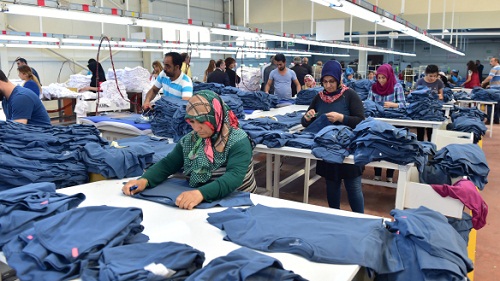 Adidas and Nike Inc started cooperating with these manufacturers. They either started making or scheduling their payments. Western governments also supported these brands in reassuring payments to suppliers. This led to a reduction in inventory to around $200 million to $300 million worth.

Though welcome, these changes are only on the surface level as some brands are still not ready to pay, says Seref Fayat, Chairperson-Clothing Committee, TOBB. He claims the support given by the Turkish government is less comprehensive in nature as it is mostly in the form of loans and limited wage support, rather than furlough schemes, interest-free lending and grants.

Mustafa Gültepe, Head, Istanbul Apparel Exporters Association blames British brands most for nonpayment of orders. British brands are opportunists as they forced discounts and threatened not to pay at all, observed Gültepe.

These COVID-19 related issues began plaguing Turkish manufacturers at a time when the industry was recovering from an economic setback caused by a range of issues, including a coup attempt in 2016 and several terrorist attacks. The lira had lost value making Turkey more competitive against developing countries. Since then, the country had been promoting itself as a vertically integrated industry with a skilled workforce.

This worked for Turkey as its ready-to-wear exports hit $17.7 billion last year. Similarly, exports in January and February totaled $3 billion raising hopes of increased capacity, new factories and innovation. As COVID-19 forced brands to divert orders to Turkey, manufacturers moved fast to capitalize amid hopes that the disease would remain localized.

There are still hopes for revival for the clothing sector as online retail is helping Turkish businesses complete orders from companies such as the UK’s Asos and Germany’s Zalando. The country has already launched certain digital projects such as the EU-funded business-to-business project to make the latest technology available to Turkish businesses, enabling them to design and show collections on virtual models in a digital setting without the need for samples.

There is little chance for domestic demand to plug gaps. However, Turkish brands are likely to pick up orders from international buyers. Turkish fashion leaders also expect international buyers to demand a reduction in prices. The US-China trade war has shifted focus of American manufacturers to Turkey with many brands like Ralph Lauren, Levi’s and Newtimes Sourcing Group, opening offices in the country. The clothing sector is expected to recover from its worst losses by the first quarter of 2021 with the country being on a path of growth by 2025.