The menswear collections on display appeared to be marching in step with a global push toward irony-drenched street wear. 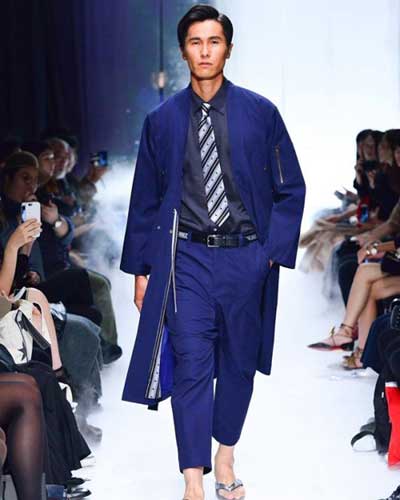 Given Tokyo’s formative role in defining the term in the ’90s, it represents something of a homecoming, and a number of brands are fighting to lay claim to the street wear throne now that the old guard has fallen from favor. 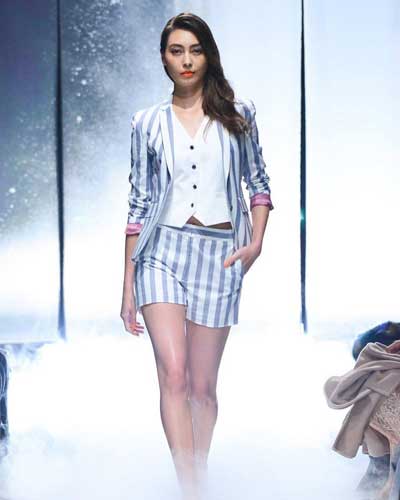 Takahiro Miyashita brought his solo project The Soloist back to the runways for the first time since 2009. The Tokyo show allowed him to play to current street wear tastes — patches, logos, graffiti and transparent plastic tech-wear — bringing the collection in line with a new generation. Miyashita’s fans may have been worried by the first couple of garments he presented on the runway, but by the time raw-edged western shirts and dense rock ‘n’ roll-inspired embroidery made appearances toward the end of the show, the sense of relief in the room was palpable. 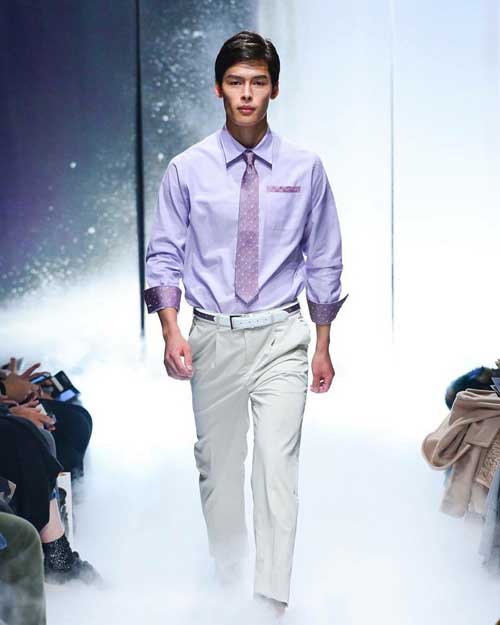 Akiko Koba aims to support Japanese craftsmanship by using traditional woven silk fabrics in her collections. For her first presentation during Tokyo Fashion Week, she showed tailored suits and preppy cuffed shorts and polo shirts for men, and short suits, tweed jackets, and swing dresses for women. While the silhouettes have been seen countless times before, the textiles were beautiful. 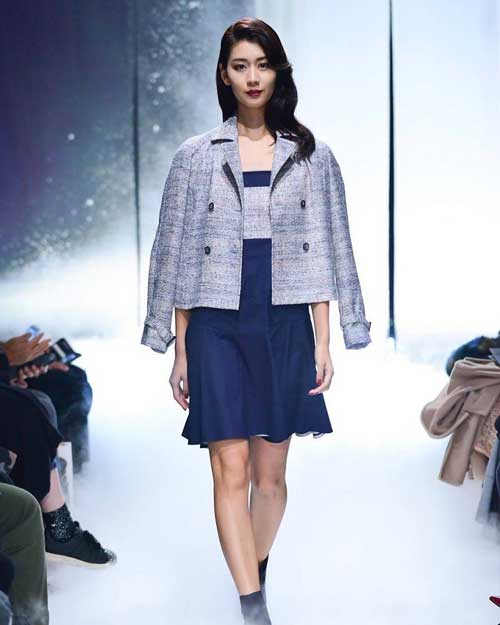