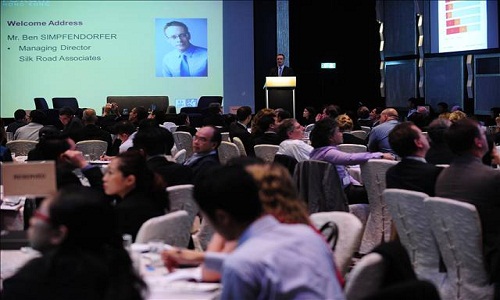 With Donald Trump becoming the President of the US a sense of uncertainty has gained ground. One of his first moves was to pull out of Trans-Pacific Partnership, a 12-nation agreement, designed to encourage trade between a block of countries by reducing import-export duties. Meanwhile Trump has also warned about punitive tariffs or the ‘Border Adjusted Tax’ and quotas to restrict import of goods from countries like Mexico and China.

Focusing on ‘Made in America’, he believes reshoring production would enhance competitiveness. But the West — after losing ground to Asia for decades — currently lacks the skilled labour pool and modern equipment necessary for mass garment manufacturing. What’s more, the high cost of labour in the US and Europe would also eliminate profit margins and make it impossible for companies to maintain prices.

For fashion, the most drastic consequence of the political shift in the US is the resurgence of protectionist trade policies. Many businesses have spent years building global supply chains and outsourcing their production to China, Vietnam, Bangladesh and the like. As per American Apparel and Footwear Association, nearly 97 per cent of clothing and 98 per cent shoes sold in the US are imported from overseas.

Meanwhile with the Britons voting to withdraw from the European Union the value of the pound tumbled. With uncertainties prevailing around Brexit, Britain’s imports of garments were affected. Take for example Bangladesh, garment shipments to the UK, Bangladesh's third largest export destination, declined 5.19 percent in the first half of 2016-17 in what can be termed as a harbinger of the Brexit fallout, expected to take effect in 2019. Between July and December last year, Bangladesh's garment exports to the UK stood at $1.53 billion, according to data from the Export Promotion Bureau. And experts believe garment exports to the UK will face further challenges in the near future as British consumers are facing rising inflation and weakness of the pound.

In fact, global suppliers are full of trepidation, fearing exports could face hurdles in the US, UK and European markets some of the biggest importers. For Vietnam US is one of the biggest export market with 50 per cent of its total textile and garment exports going to the US. From January to November 2016, Vietnam’s textile and garment shipments to the US edged up 4.7 per cent from the previous year. The TPP would have eliminated 17 per cent tariff on imports of garments from Vietnam. However, even in the absence of TPP, Vietnam’s economy is well positioned to continue growing, with various other trade deals giving it good access to international markets, including the recently negotiated EU free trade deal and other agreements.

Similarly Bangladesh will have to address three important factors -- higher productivity, workers' wage hike and profitability – for sustainability of the apparel sector, say experts. RMG sector contributes 13 per cent to GDP. To achieve $50 billion export target Bangladesh will have to earn $22 billion in the next five year with a 12 per cent growth. Manufacturers have been spending millions of dollars on remediation and relocation of factories. A slowdown in exports and weak remittance growth are the challenges for Bangladesh. The EU and the US account for over 70 per cent of exports, and weaker growth, together with retreat from trade liberalisation, could adversely affect export growth, mainly the garment industry, with a negative impact on the balance of payments.

China of course is the world’s largest textile and apparel supplier. But the country is facing issues with rising costs making it lose ground globally. Meanwhile, with President Trump at the helm China is also evaluating its effects on its textile and apparel exports. China has, in any case, been shifting its production to other low-cost countries such as Vietnam, Laos, Bangladesh and even Africa, including Ethiopia and Kenya. Near 37.4 percent of total Chinese textile and apparel exports were destined for the US in fiscal year 2014-15. However, a further decline is expected this year. China’s global textile and apparel exports in 2015 was $284.2 billion whereas the first quarter of 2016 stood at $90 billion (a decline of 5 percent year over year). Chinese companies pursue an “operate-from-within-the-market” strategy for the US by setting up operations there. They have been looking at acquisitions of textile producing units.

Africa is the other upcoming sourcing destination. Fashion goods from Africa benefit from tariff free access to the UK market as a part of the EU trade policy, which makes them significantly cheaper than products imported from Asia. African goods have a 12 per cent advantage over Chinese items. However, the zero tariffs and zero quotas regimes are now at risk with Brexit. African countries want the UK to maintain the tariff free market access for their fashion products. As UK and European retailers and brands seek to innovate and strengthen their market position by diversifying existing supply chains, Africa provides a new source for ready-to-wear garments, shoes and fashion accessories.

The Turkish economy is heavily dependent on the fashion industry. As per Euromonitor textiles accounted for the greatest share (18.5 per cent) of total goods exported from Turkey in 2015. In monetary terms, the value of clothing exported reached $16.8 billion in 2015. However, even though Turkey has faced political upheaval and terrorist activities, its focus on supplying fashion to Britain and further afield shows no sign of abating. Although more expensive than their counterparts in Asia, Turkish manufacturers can offer faster delivery times and the flexibility to repeat in season. Asia cannot compete with Turkey's close proximity to the UK and Europe, which allows buyers to quickly make repeat orders on products that are flying off the rails or to quickly make changes - for example, trying a new pattern or a new colourway - to existing designs.

Myanmar has emerged as an up-and-coming force in the Southeast Asian textile sourcing market space. It is catching the attention of investors around the globe. A number of large foreign corporations are interested in manufacturing in Myanmar. As a most favored nation WTO member, Myanmar boasts low tariff rates for exporting countries that are also WTO members. These positive changes have been associated with a rise in foreign direct investments. With a competitive minimum wage, GSP trade privileges in the EU market and a strategic location at the China-India intersection, Myanmar is becoming increasingly popular among manufacturing companies burdened by the upward cost spiral in China.