"The garment industry in Myanmar has grown significantly in the past five years, from an export value of $900 million in 2012 to $4.37 billion in the first 11 months of FY 2018-19. The country now aims to reach an export value of $10 billion garments by 2024 besides creating over a million jobs for its unskilled and semi-skilled workers." 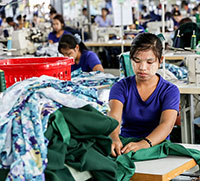 The garment industry in Myanmar has grown significantly in the past five years, from an export value of $900 million in 2012 to $4.37 billion in the first 11 months of FY 2018-19. The country now aims to reach an export value of $10 billion garments by 2024 besides creating over a million jobs for its unskilled and semi-skilled workers.

After 2015, Myanmar’s garment exports have grown by almost $1 billion every year. This growth has been possible mainly due to the investments made by China and Vietnam in the country. Of late, both Chinese and Vietnam investors have been setting up factories in Myanmar. These countries produce their goods in Myanmar and send them to the EU which offers zero duty benefits on imports from Myanmar under its everything but Arms scheme in 2013. 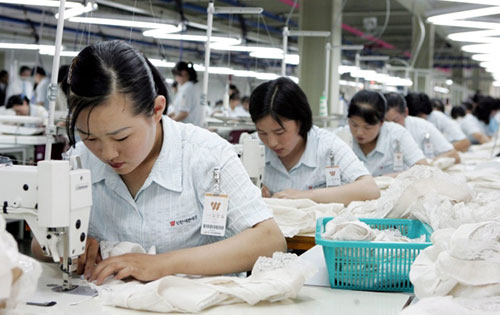 China but is also cheaper in terms of labor comparatively. Besides, the country offers zero duty benefit on export of goods to European Union. Myanmar has a lot of seaports from where goods can be shipped easily at cheaper rates anywhere in the world.

As logistics and transportation costs are cheaper in Myanmar, the country has been developing a lot of industrial zones and facilitating foreign investors off late. Currently, it produces only basic garments as manufacturers neither have a skilled workforce nor sophisticated machinery to cater to high-end-value-added garment items.

Meanwhile as the number of garment factories in Myanmar increased last year, export volumes also increased as well. As per SMART Myanmar, Europe is the most important market for Myanmar-made garments. European countries like Germany, which accounted for $519 million worth of exports in 2017 and the United Kingdom, which bought garments worth $213 million in the same year, are the hot favorites for Myanmar exports.

Over 1.1 million workers are currently employed in garment, textile, footwear and accessories factories across Myanmar. And tens of thousands indirectly work in the industry through logistics and transport services. C&A Foundation estimates by 2020, the sector is likely to employ 1.5 million people. SMART Myanmar, a project funded by the European Union, recorded 19 factories registered so far for either garment or footwear production.