"While the government is pushing hard to make India a preferred global destination for investment, exports is an area which still needs to grab the attention of the powers that be. Till August 2016, India’s exports had declined continuously for 18 months. There seems to be relief post August with exports starting a modest recovery month after month. In February 2017, exports grew by a healthy 17.5 per cent."

While the government is pushing hard to make India a preferred global destination for investment, exports is an area which still needs to grab the attention of the powers that be. Till August 2016, India’s exports had declined continuously for 18 months. There seems to be relief post August with exports starting a modest recovery month after month. In February 2017, exports grew by a healthy 17.5 per cent. Early estimates indicate that fiscal 2016-17 as a whole will register a positive growth, though not posting a sharp recovery. This growth is largely driven by engineering goods segment, particularly to Southeast Asian nations. 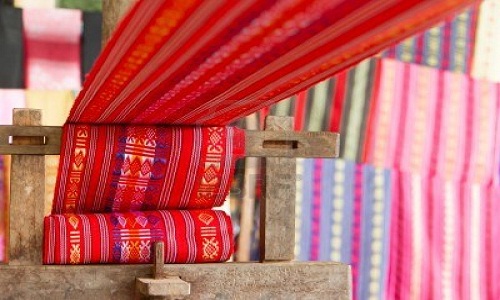 The Economic Survey highlights the policy constraints (failures) in a significant manner. Tracing history, during the electoral promotional campaigns in 2014, our PM had promised a transformation of Indian economy. One of the famous slogans was: ‘Five F’ principle. The Five F, which stood for farm to fibre to fabric to fashion to foreign. The Survey also highlighted the tremendous potential of the textiles sector (along with footwear) to not just trigger sustained growth in exports but also create large scale employment. The Survey highlights the apparel sector is the most labour-intensive, followed by footwear. Apparels are 80-fold more labour-intensive than autos and 240-fold more jobs than steel. The comparable numbers for leather goods are 33 and 100, respectively. Note that these attributes apply to apparel not the textile sector and to leather goods and footwear not necessarily to tanning. Drawing upon the World Bank employment elasticities, one estimates rapid export growth could create half a million jobs annually.

However, the Survey admits Indian economy is unable to take advantage of this unique opportunity. India has an opportunity to promote apparel, leather and footwear sectors because of rising wage levels in China that has resulted in China stabilising or losing market share in these products. India is well positioned to take advantage of China’s deteriorating competitiveness because wage costs in most Indian states are significantly lower than in China. This is not happening, or at least, not enough. The space vacated by China is fast being taken over by Bangladesh and Vietnam in apparels; Vietnam and Indonesia in leather and footwear. Indian apparel and leather firms are relocating to Bangladesh, Vietnam, Myanmar, even Ethiopia. The window of opportunity is narrowing and India needs to act fast if it is to regain competitiveness and market share in these sectors.

The country’s textiles exports dipped by about 4.5 per cent to $26 billion during April-December of this financial year. Exports of textiles during 2016-17 (April-December) were $26 billion compared to $27.2 billion during 2015-16 (April-December), Minister of State for Textiles Ajay Tamta said in Rajya Sabha. In fact, exports from countries like Vietnam and Bangladesh now exceed than that of India. Additionally, despite higher wages, overall textile exports from China still touch $200 billion. More than 10 years ago, textile exports from Bangladesh were a fraction of that from India. But for policy analysts, there is a silverlining at the end of the tunnel.

Labour laws – the biggest cause of concern

The biggest policy hurdle is the rigid labour laws in the country. While some states have started becoming flexibile, labour laws still dictate that a factory owner simply cannot let go of workers without prior government approval. Across the world, factories dedicated for exports enjoy tremendous resilience when it comes to hiring and firing workers or taking them on contractual basis depending on orders from overseas clients. The total workforce in India is about 500 million. Of this, only about 10 per cent are in the organised sector and enjoy the protections provided by labour laws. The balance 90 per cent are at the mercy of market forces and employers. For them, flexible labour laws could be a boon. It is projected that if labour laws are made flexible, then India can be home to global giants such as Walmart, Target, Tesco, Adidas, Nike and a host of others for manufacturing outsourcing.

Though the government has been making rapid strides in this matter, yet a lot needs to be done to be at par with the global counterparts. There have been issues such as red tape and bureaucratic apathy, which are plaguing the growth. Earlier, an exporter had to tackle more than 80 forms and documents. It has brought the number down to about 8 now. With the implementation of GST, things seem to be moving in the right direction. As commerce minister Nirmala Sitharaman puts it, GST gives a feeling that market in India is one now and there are no barriers between regions or provinces. Even within the country, the value chains — which will get integrated — will have a simpler and straightforward flow (of goods) and therefore, it should make exports more competitive rather than expensive.