Impact of Trump’s Presidency on US textile industry

"President Donald Trump has vowed to impose tariff of up to 45 per cent on goods from China, slash US corporate tax rate to 15 from 35 per cent and reshape the workforce by bolstering manufacturing sector and imposing stricter immigration rules. These dramatic shifts could have far-reaching and unforeseeable consequences in the global order)."

President Donald Trump has vowed to impose tariff of up to 45 per cent on goods from China, slash US corporate tax rate to 15 from 35 per cent and reshape the workforce by bolstering manufacturing sector and imposing stricter immigration rules. These dramatic shifts could have far-reaching and unforeseeable consequences in the global order).

On the seemingly love-hate group for the newly president, Gary Wassner, CEO & Principal of fashion investment house Interluxe Holdings says is its diversity that makes US great. We must continue to celebrate it. The right to vote and the right to dissent are endemic to our way of life. “We need to embrace one another now and deal with this dangerous world as one nation. I maintain my hope that we will come together as an industry and as a country and create opportunity for everyone.” 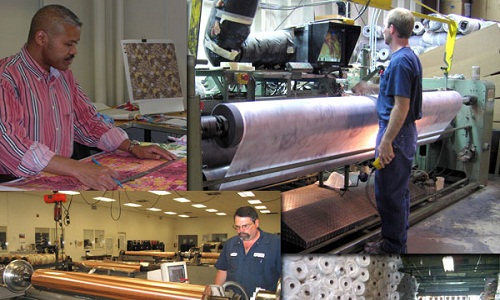 Alibaba executive chairman Jack Ma during his speech at the 2017 World Economic Forum Annual Meeting in Davos, Switzerland recently had urged people to give Trump a chance. “Give President Donald Trump some time. He has an open mind.”

A lower corporate tax rate would certainly be welcome and could give many ailing companies a big bottom-line boost, but most fashion retailers primarily sell goods made oversees and are subject to tariffs or trade agreements (that could now be renegotiated). The picture is more complex, particularly for companies based in China or those with businesses that depend on warm relations between Beijing and Washington (as Trump moves to bring the US closer to Russia).

There is significant uncertainty on policies of the Trump administration, feels Mariana Kou, Analyst, CLSA. While there maybe some support for domestic consumption, the destocking cycle and the smaller-order size amid a fast-changing retail industry mean that they may not see a pickup at Li & Fung in the next nine to 12 months. Trump’s rather protectionist stance could further hurt Li & Fung’s trading business.

Wilbur Ross, the turnaround specialist who has in the past invested heavily in the textiles industry and is Trump’s pick to head the Commerce Department, trade is an area where the buyer has a lot of leverage. On retaliation to US punitive tariffs, the world’s largest customer is dealing with its vendors,” he said at his Senate confirmation hearing. “I view these other countries with whom we have trade as vendors. While you need to treat the vendors with respect, they must also treat you as their largest customer both with respect and more importantly, playing by the rules of the road. To the degree they don’t, it must be enforcement.”

At a time of great disruption, companies often look to strengthen through M&As, but the landscape needs to be settled enough to get the deal done. In the US, uncertainty surrounding policy decisions the Trump administration will make with respect to key matters such as corporate taxes, tariffs, foreign investment and trade agreements will result in a ‘wait-and-see’ approach to deal-making, as potential acquirers await clarity on policy direction and the impact of such policies both on the acquirers’ businesses and those of potential targets.