IFAI Outlook Conference: Focus on trade and other aspects of US textile industry

"The annual Industrial Fabrics Association International’s (IFAI’s) Outlook Conference took place in the US recently. They spent two days networking and putting their finger on the pulse of the economic, legislative and business environment while gathering insights into key issues that affect their future paths."

The annual Industrial Fabrics Association International’s (IFAI’s) Outlook Conference took place in the US recently. They spent two days networking and putting their finger on the pulse of the economic, legislative and business environment while gathering insights into key issues that affect their future paths.

Senior economist with Wells Fargo, Tim Quinlan kicked off the conference with an in-depth look at the economy. He foresees continued moderate growth, led by the domestic consumer and housing, and added that the below-trend growth in the GDP will continue. Though trade has been a drag over the last two years, domestic growth has held up well, Quinlan said. The problem is we don’t have a significant boost from trade, he said. On international front, Quinlan pointed out that growth in China has stabilised but his group does not expect it to return to the double-digit growth rates seen in the past. 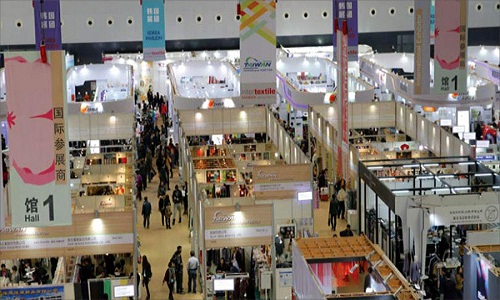 Alasdair Carmichael of PCI Wood Mackenzie noted that daily West Texas Intermediate (WTI) oil prices had increased 23 per cent (to $47.4 per barrel) from April 1 to May 16, reaching its highest since November 2015. He presented an overview of the impact of oil and natural gas on synthetic fibers. He noted that crude markets are poised for a rebound and gas markets will continue to range from $3 to $4 per MMBTU in North America for the next few years. For US fibers, this means when there is no supply demand constraints in petrochemicals, then oil is going to be the leading price driver – but not on a one-for-one basis.

John Macaluso, industry manager ¬¬of Building and Construction, Teknor Apex noted that PVC (thermoplastic polymer) is the third most widely used plastic and can be compounded with various additives to provide a desired performance. It also is recyclable reviewed the flexible PVC supply chain, cost drivers and trends, he added. He pointed out that oil remains the overall cost driver. Natural gas is expected to stay comparable to 2015, on average, he added. Other cost drivers include the export market, polymer demand (ethylene) and North America supply and demand. He concluded by saying that polyester continues to dominate the fiber landscape, and industrial textile growth rates are higher than apparel and household textiles.

Joshua Teitelbaum, Deputy Assistant Secretary of Commerce for Textiles, Consumer Goods and Materials in the US Dept of Commerce, presented a trade and legislative update, notably the Trans-Pacific Partnership. He said the TPP includes strong rules protecting intellectual property rights and promoting e-commerce, and disciplines are placed on state-owned enterprises. The textile chapter of the agreement provides new commercial opportunities for US brands and retailers and takes into account the interests of US producers. Strong customs enforcement, rules of origin and market access are key elements related to the textile segment, he said.

Strong enforcement and cooperation provisions to prevent fraud are included, as well as a special safeguard mechanism, said Teitelbaum. Rules of origin include a yarn-forward provision that promotes TPP region supply chains and keeps the benefits of the TPP in the US and the TPP region. Additionally, the short supply list permits some flexibility but limited “cut-and-sew” exceptions, he said.

Lloyd Wood of the Lloyd Wood Group and the National Council of Textile Organisations (NCTO) spoke on the Berry Amendment Textile Coalition (BATC). The BATC, an informal organization, aims to protect and grow the Berry Amendment and includes four industry trade associations: the USIFI, the NFI, the NCTO and the American Fiber Manufacturers Association (AFMA). The Berry Amendment requires DoD funds be used to buy items that are only wholly of US origin.

The conference was co-developed by the United States Industrial Fabrics Institute (USIFI) and the Narrow Fabrics Institute (NFI), divisions of the IFAI. This leadership symposium for the specialty textile industry brought together technical textile executives and decision makers to focus on matters that affect the industry in the near and long term.