BSI’s report noted a number of cross-border issues that threatened supply chains across the world in 2015. This include: damages caused by cargo theft; increased number of terrorism incidents contributed to billions of dollars in losses to global shipping companies; an influx of migrants in Europe that harmed supply chain integrity across the continent; economic downturns in Argentina, Brazil, and China; and issues of political transparency that drove social unrest in Africa and Central America. Extreme weather events, including many attributed to the El Nino phenomenon, caused supply chain disruptions and threatened business continuity in multiple regions. There were also several industries that were plagued by poor enforcement of labour regulations, allowing for significant rates of child or forced labour in Argentina and India, among other nations. 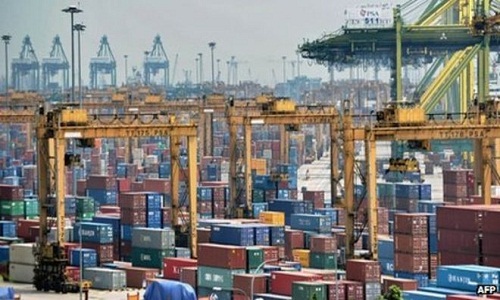 The report said, nearly AUD$30 billion was lost due to cargo theft worldwide in 2015 from a variety of supply chain threats, predominantly driven by security concerns. South Africa has seen a 30 per cent increase in cargo truck hijackings over the last year, with thieves using high levels of violence and switching from targeting only high value goods to also targeting lower value items. Daring vehicle shipment thefts have become increasingly commonplace in China, with a recent series of in-transit vehicle thefts occurring along the busy G45 highway. More sophisticated attacks were observed in India throughout 2015, where criminal gangs masterminded new techniques to steal goods without breaking customs seals to avoid detection – a major risk for companies participating in international supply chain security programs.

It further said, in Europe, disruptions in trade caused by the ISIS terrorist group clearly highlighted the link between terrorism and the supply chain. Border controls in France following the November attacks in Paris are estimated to have cost the Belgian shipping industry AUD$4.6 million. Terrorist-linked smuggling rings were also identified to be colluding between Spain and the Middle East, the groups illegally transporting shipments of stolen electronics, drugs, weapons and other contraband. Elsewhere, the Jordanian trucking industry suffered AUD$990 million in lost revenue since conflict began in the Middle East in 2011.

In addition to theft, business continuity-related threats such as extreme weather events and political and social unrest, led to significant losses for individual companies and national economies last year. 2015’s top five natural disasters caused a collective AUD$33 billion of damage to businesses. In 2016, BSI has identified emerging health crises, such as the Zika virus, could also pose a significant threat to the global supply chain and may lead to work stoppages and protests similar to the supply chain disruptions seen in conjunction with the Ebola epidemic.

Coupled with labour unrest and factory strikes have also caused considerable financial damage across the world. Factory strikes in China increased by 58.3 per cent from the previous year due to pay disputes, as factory owners struggled to pay workers due to a slowing economy, leading to protests. The withholding of wages was cited as a major cause in 75 per cent of protests and generated losses of up to AUD$35 million in the footwear industry. Labour unrest is likely to continue in China in 2016, regardless of whether the economy improves.

Numerous cases of child and forced labour were exposed in 2015, highlighting the need for visibility into corporate supply chain to mitigate the risk of human rights abuses. Nearly 80 per cent of Argentina’s textile industry was found to be sourcing from unregulated facilities, where forced, child labour and poor working conditions are common. BSI also noted an increase in the risk of child labour use in India due to the existence of loopholes in labour reforms approved in 2015. In response to these and other recent concerns, European countries and the United States last year moved to pass laws mandating reporting on corporate social responsibility issues in corporate supply chains.

Threat potentials in 2016 include:

The study also listed out certain threat potentials for 2016. These include: Global cargo theft cost estimated to grow by a further AUD$1.3 billion in 2016; increased concerns in China, Germany, India, Mexico, South Africa, and US; continued tensions in South China Sea predicted to lead to further protests and disruptions; conflict in Syria; migrant crisis in EU to lead to port disruptions; EU/Schengen border controls predicted to have far-reaching impact; labour unrest in China, as a slowdown in the economy continues; La Nina and other weather phenomenon; health crises due to Zika and Ebola etc.