"With its global supply chain, international talent pool and dependence on new wealth creation, upward socio-economic mobility and optimism to fuel spending, fashion has benefitted greatly from globalization. Now it stands to suffer in a new political reality that could give rise to new curbs on the free movement of people and products, and breed greater uncertainty at a time when many consumers are already feeling less secure, says Alexander Betts, Leopold Muller Professor of Refugee & Forced Migration Studies, Oxford University."

With its global supply chain, international talent pool and dependence on new wealth creation, upward socio-economic mobility and optimism to fuel spending, fashion has benefitted greatly from globalization. Now it stands to suffer in a new political reality that could give rise to new curbs on the free movement of people and products, and breed greater uncertainty at a time when many consumers are already feeling less secure, says Alexander Betts, Leopold Muller Professor of Refugee & Forced Migration Studies, Oxford University. 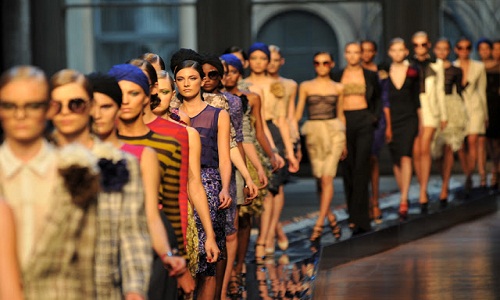 For fashion, the most drastic consequence of the political shift away from liberalism is the resurgence of  protectionist trade policies. Many fashion businesses have spent years building up global supply chains and outsourcing production to manufacturing hubs in China and South East Asia. In fact, about 97 per cent of clothing and about 98 per cent of shoes sold in the US are imported from overseas, according to the American Apparel and Footwear Association.

After resuming office, the first thing Donald Trump did was to pull out the Trans-Pacific Partnership, a 12-nation agreement, designed to encourage trade between a bloc of countries — including Vietnam, Japan and the US — by reducing import and export duties. Trump has also warned to introduce punitive tariffs and quotas to restrict the importation of goods from countries like Mexico and China.

In a bid to encourage businesses to reshore manufacturing, the US president has backed a so-called ‘Border Adjusted Tax’ prompting fierce opposition from a coalition comprising over 100 companies from Nike to LVMH. The measure would be ‘absolutely crippling’ for businesses, says Robert Burke, Chief Executive & Chairman, Robert Burke Associates. It would virtually put businesses out of business immediately… Brands have spent years & years developing production and mills in foreign countries. They are not set up for a quick change on this. If there is going to be any kind of evolution in bringing jobs and production back to the US, it has to be done strategically.

Reshoring production would enhance the competitiveness of ‘Made in America’ campaign, which have been gaining momentum. But the West — after losing ground to Asia for decades — currently lacks the skilled labour pool and the modern equipment necessary for mass garment manufacturing. What’s more, the high cost of labour in the US and Europe would also eliminate product margins and make it impossible for companies to maintain current prices.

The decline of liberal values across Europe and the US has also manifested itself in calls to restrict immigration. Less than two weeks after taking over as president, Donald Trump issued a highly controversial executive order barring anyone from seven Muslim-majority countries — including Syria, Iraq, Iran and Sudan — from entering the country. (The ban has now been lifted following legal challenges.) Meanwhile in the UK, Prime Minister Theresa May has refused to guarantee EU citizens living in the UK the right to remain after Brexit. In turn, British citizens’ freedom to live and work anywhere in the EU will almost certainly be revoked. For the fashion industry, which depends on a global talent pool, restrictions on immigration are bad news.

According to Floriane de Saint Pierre, Executive Search Consultant, brands have a worldwide audience. They need to have an understanding of the world. In order to do so, they must be able to access and hire the most qualified profiles in every field, from entry level to C-suite. Companies absolutely need to hire the talent they need — so to have free movement of talent.

A tightening of immigration policy will likely not have a huge impact on top-level personnel. Top-level design talent usually doesn’t have a lot of constraints to get a working visa in the US or Europe because they are very skilled individuals with a unique skillset. But some of the fashion schools that train top design talent‚ like London’s Central Saint Martins, would certainly suffer from stricter border controls.

In the UK, 15 per cent of workers in retail and related wholesale operations were born abroad, with 6 per cent coming from the EU, according to Oxford think tank Migratory Observatory. Across Italy and France, many of the highly skilled artisans working in the manufacturing ecosystems of large European luxury brands come from all over the world. Whatever the long-term policy outcomes, recent political shifts in the US and Europe are feeding increased anxiety for many, with serious implications for the emotionally-driven fashion industry. Ultimately, anything that limits free trade is not good for global business, remarks Mario Ortelli, Senior Research Analyst, Sanford C. Bernstein.