"Peter Dornier founded the ‘Lindauer DORNIER GmbH’ (LiDO) in 1950 and led the company successfully for several decades. He was not only at home in the world of textile machines but also in the world of aircraft construction – as an exceptional design engineer and entrepreneur who was far ahead of his times."

Peter Dornier founded the ‘Lindauer DORNIER GmbH’ (LiDO) in 1950 and led the company successfully for several decades. He was not only at home in the world of textile machines but also in the world of aircraft construction – as an exceptional design engineer and entrepreneur who was far ahead of his times.

The rise of Dornier 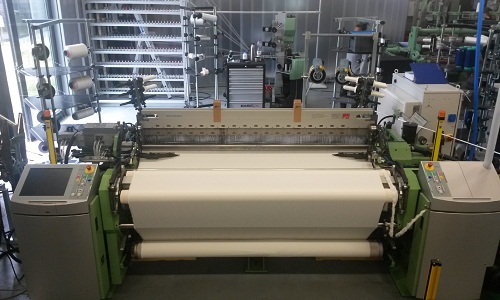 Dornier company was left with nothing at the end of World War-II. Destroyed or confiscated machinery and factories as well being forbidden to be involved in aircraft construction prevented any industrial activities. Claude Dornier was placed under house arrest by the French troops. Despite the difficult times, Peter Dornier proved his skills as entrepreneur: He founded an engineering firm in 1946 and started research on wind power plants. To ease the severe housing shortage and to bring as many employees from his father’s company back to work and livelihoods, he planned building transportable prefabricated cabins made of aluminum, so-called ‘Wohnzeuge’ (livingcrafts) instead of aircrafts. Due to a shortage of capital, the production was too expensive. Unfortunately, his plan failed. Peter Dornier had to discard his idea.

In 1949 Peter Dornier took over the previously occupied factory in Rickenbach, Germany, after it was released. He founded the ‘Lindauer DORNIER GmbH’ in July the following year; 14 people started working there. A decisive change in the production program resulted from a meeting with the director of the textile company Erba in Wangen, Germany, who asked him to construct shuttle looms for his factory: The start signal for the production of weaving machines that has remained an important mainstay until this day. Already at that time, Peter Dornier designed a completely enclosed weaving loom as can be seen in notes in his sketchbooks. His idea: air-condition each single weaving loom to save energy as well as to collect and dispose of the dust created that soiled the fabric. The machine housing was designed to reduce the then unbearable noise in the shuttle loom weaving mills. This concept was revolutionary at that time but unfortunately too expensive. Such developments first went into series production several decades later.

Innovations to stay ahead

At the start of the 60s, a time when weaving loom production was running at full load, Peter Dornier recognised that a new era was evolving with the introduction of shutteless weaving machines. In a detailed study, he considered his ideas for a new machine concept. He designed multiple widths weaving machine with the drive positioned in the center between the four cloth widths. Peter Dornier considered using air, water, a rapier or a pro­jectile as possible aid for transporting the filling yarn on such shuttleless weaving machine. However, he decided not to realise this complex concept but to build a rapier weaving machine instead which took off successfully at the end of the Sixties. Peter Dornier had created an extremely flexible weaving machine where the solid construction allowed producing, above all, technical fabrics and therefore opened up the imperative structural transformation of the textile industry towards technical textiles.

In 1950, Peter Dornier got to know Hans Haubold. The latter had produced textile finishing machines in Chemnitz, Germany, before the war. They soon agreed that DORNIER should construct these machines under license. The high quality and economic efficiency of the DORNIER textile dryer was soon well-known. Other manufacturers outside of textile finishing also gained interest in the drying plants. The transfer from cellophane to oil-based packaging films that occurred five years later led to large chemical companies searching for a suitable technology. Peter Dornier, together with his employees from the textile dryers, was successful in developing those into film stretching lines, which are now the second, important mainstay of the Lindauer DORNIER GmbH.

He intensified the development and created one of the most modern textile machine factories. All this secured the positive development of the Lindauer DORNIER GmbH and was the basis for the growth to the present size. Presently the family-owned company produces with approximately 1,000 employees weaving and specialty machines exclusively at two production sites in Germany.

Peter Dornier received many awards and honors. He set his own finest memorial when he created the Peter Dornier Foundation in 1985 which receives every year 10 per cent of the operative profit of the Lindauer DORNIER GmbH.