"The global market for denim jeans is expected to touch $79.2 billion by 2022, driven by the expanding urban population, an increase in white-collar employees, changing perceptions about ‘executive wear’ and the resulting acceptance of jeans as business casual attire for men and growing base of women in the workforce."

The global market for denim jeans is expected to touch $79.2 billion by 2022, driven by the expanding urban population, an increase in white-collar employees, changing perceptions about ‘executive wear’ and the resulting acceptance of jeans as business casual attire for men and growing base of women in the workforce.

A transformation on the way 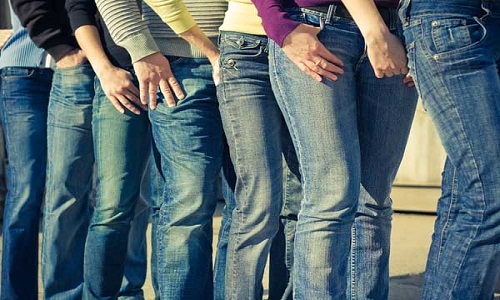 Denim is the world's favourite fashion fabric which through the ages underwent sea changes. From being  originally designed for cowboys, miners and factory workers, to being a symbol of youthful rebellion, to being a staple in western closets to finally becoming the world's best loved clothing, denim jeans continues to rule the fashion world. The diverse denim jeans market offers wide-ranging styles to new age customers, from bell-bottoms and classic boot-cuts to 'mom' and 'boyfriend' jeans. Denim trousers are found everyone’s wardrobes, and most women own more than one and up to 10 varieties of cuts and washes. Denim sales based on styles and fits are heavily dependent on street fashion and celebrity fashion trends. In terms of style alone, denim jeans are expected to forever remain the most dominant apparel within the global casual clothing segment. Denim garments' ownership is highest in the US, Colombia, Mexico and other South American nations, and lowest in India, Japan and other Asian markets.

The denim jeans market is primarily categorised into high-end/premium, mass market and economy/standard, with high-end premium jeans accounting for a 55 per cent of the market. The market is dominated by women who showcase a keen interest to adopt latest fashion and trends in clothing.

Opening up of markets that traditionally resisted the jeans culture, denim manufacturers continued innovation in design such as digitally printed jeans, vegan fabrics and sophisticated weaves, and technology innovation in stretch and performance, and fibre blends. Growing westernisation and urbanisation, rising fashion consciousness, coupled with growing affluence of the middle-class population are anticipated to further propel the demand for denim jeans over the coming years. Another key trend in the market is the proliferation of denim jeans in the corporate world as an accepted executive wear. Blue jeans in the boardroom are also gaining prominence with jeans becoming the new symbol of power dressing expressive of valuable executive qualities such as confidence and innovativeness.

As stated by Research & Markets report, the US represents the single largest market worldwide. Asia-Pacific ranks as the fastest growing market with a CAGR of 7.1 per cent over the analysis period, led by China, which features among the world's largest cotton growers and a leading denim weaver and jeans manufacturer. Other factors driving growth in the region is growing urban population, rising standards of living, increasing disposable incomes, preference for high-end and premium designer labels among the expanding base of affluent middle class population, globalisation, changing cultural norms and breakdown of cultural imperialism all which lay the foundation for the acceptance of jeans. Fast-fashion brands like Zara and H&M are aggressively expanding into the Asia Pacific region, which is strengthening the demand for standard jeans.