March 23, Beijing Chonglee Machinery Engineering Co.Ltd., a subsidiary to China Textile Academy, signed a business contract at its medical-purpose equipment and protective gear workshop to start up the export of its first batch of facemask lines to Italy.

The signing ceremony was actually an in-house event as the seller and buyer both live under one roof because Beijing Chonglee Machinery Engineering on the seller side and Italian Branch Company of China General Technology on the buyer side both are parts of China General Technology Group Corp., and the latter responded quickly to the critical demand of medical supplies in Italy and contacted Chonglee Machinery Engineering at the first-things-first time for placing purchase order to import the fully-automatic machines for flat-type face masks to be shipped to Italy ahead of those local manufacturers as in-time “ammunition” for local government to combat the spreading disease.

Ever since its first automatic flat face mask machine was rolled out, there have been 37 machines sold within half a month, including 13 ones for domestic market to ease the shortage of mask production. The contract for the mask machines to go to Italy is a milestone for Chonglee Machinery Engineering for doing business to European countries, and also a breakthrough for medical protective gear and technology to the advanced country in consideration of the fact that Italy itself is a highly advanced country in terms of textile machinery technology and manufacturing. 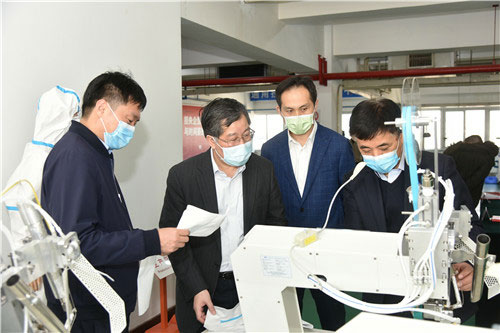 The contract was signed at the time when the COVID-19 situation continues to improve in China’s endeavors for the infection control and prevention, and China General Technology Group has its advantage of synergetic resources for engineering, trading and manufacturing to render assistance to overseas combat against the rampant virus. Beijing Chonglee Machinery Engineering will continue to speed up its R&D for medical protective gear and technology for further production increase and expansion in quick response to the market needs by virtue of its technological and manufacturing strengths. Besides this new line of business started becuas of the market crisis, Chonglee is best known for its man-made fiber equipment and technology in China, its high speed POY spinning line, FDY combination series, industrial yarn spinning machine, differentiated fiber spinning line, and the highly applaudable automatic winders and texturizers etc., all make it a reliable business partner both at home and abroad. 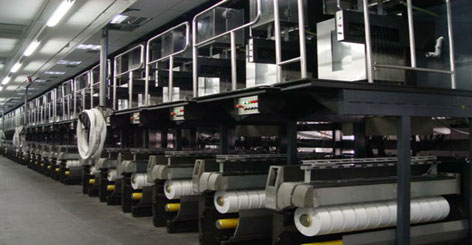 Its mother organization, China Textile Academy, which was a science and technology institute of the ex-Ministry of Textile Industry in China, and is now also part of China General Technology Group as a result of the state-owned assets reformation and restructuring in more market-oriented direction, adds up more value to its scientific origin of birth, and to its technical strength in the present big family under the new umbrella.