The British fashion industry is facing its toughest times as noted designers including JW Anderson, Erdem and Christopher Kane have opted out of this year’s London Fashion Week that begins today. And Burberry, which plans to participate in the show, will release only its menswear collection, deferring the release of women’s wear to a later date, says a report by the Womens Wear Daily.

In times like these, the industry is looking outward for solutions. British Fashion Council has roped in new sponsors in its tech companies, TikTok and Clearpay, besides launching London Fashion Week in Seoul, South Korea, through collaborations with multibrand retailer Boon the Shop. Supported by the British government’s Great Campaign, this project aims to showcase 11 designers including Alessandra Rich, Alighieri, Charles Jeffrey Loverboy, JW Anderson and Wales Bonner. It will include an online forum, to be co-hosted by BFC and WWD Greater China that will focus on British fashion businesses in the region.

No single advantage to British brands

The industry is currently in a mess as fashion houses are being made to fill out multiple value-added tax forms; decide who pays VAT, and bankroll the 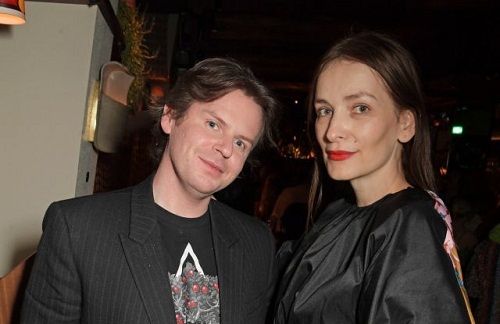 extra charges on materials and supplies they import from regions such as Asia, and then later export as finished goods to the EU.

The industry is not offering a single advantage to brands, says Stefano Martinetto, CEO and Co-Founder, Tommorrow London, which had to take extra warehouses in the UK besides paying duties on all deliveries to retailers outside UK. This doubled operational costs. However, the brand remains committed to protecting customers’ rights.

Another brand Temperley London had to organize a logistic platform in Italy to ensure the consistency and competitiveness of deliveries. Large brands such as Burberry, Next and Asos have to pay trade experts to pick through the complex rules of origin and VAT costs of doing business with Europe; while businesses sourcing and manufacturing outside the UK have to pay additional costs for everything from couriers to suppliers. In addition, these brands face delivery delays as the government has not expressed clear support to the industry.

European retailers are also being watchful while buying British goods. Luxury Italian retailer Modes Group is following the digital London Fashion Week before it decides to buy from British brands while Federica Montelli, Head-Fashion, La Rinascente aims to continue supporting British designers even though Brexit has made things complicated for the industry. Online retailers, outside UK, are returning their goods as they don’t want to pay extra charges. This leaves brands with no option but to destroy their goods, says Carlota Barrera, an emerging men’s wear designer.