Brexit will be terrible for African economies

"Some saw Brexit as an opportunity to rethink the EU style laws that are taking hold in South Africa, especially around health and safety. Some of South Africa’s largest companies that are dual listed in Johannesburg and London are feeling the pain of Brexit. Over the years firms with Johannesburg listings have also signed up for greater exposure to the London capital market."

Some saw Brexit as an opportunity to rethink the EU style laws that are taking hold in South Africa, especially around health and safety.

Some of South Africa’s largest companies that are dual listed in Johannesburg and London are feeling the pain of Brexit. Over the years firms with Johannesburg listings have also signed up for greater exposure to the London capital market.

African central banks are bracing for Brexit fallout that could further damage already shaky economies hurt by a collapse in commodity prices. 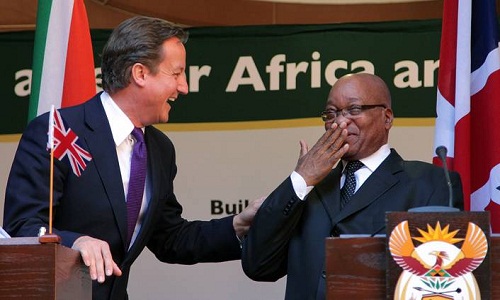 South Africa’s already battered economy may be the worst affected by Britain’s exit. As it became clear that the UK vote had swung toward leaving, the rand plunged during early morning trading, becoming the worst performing currency after the British pound. As of mid-morning the rand had fallen more than 7 per cent, its steepest single-day decline since the 2008 financial crisis.

Along with their peers on the London Stock Exchange, major South African companies dual-listed in London and Johannesburg are being hammered. South Africa’s close financial ties to the UK could be a problem - British banks’ claims on South African entities account for178 per cent of South Africa’s foreign currency reserves, according to analysts from UniCredit.

Economists also worry that trade between Africa’s most industrialised economy and the UK will suffer. Economists at the South African university, North-West, have said Brexit could take 0.1 percentage points off of the country’s annual economic growth, which already contracted 1.2 per cent in the first quarter of this year.

Brexit have come at a worse time for Nigeria, Africa’s largest economy. At a time when the government is trying to fix an economy on the brink of a recession by removing strict currency controls and also liberalising oil prices, the immediate effect of Brexit will test the nerves of Nigeria’s economic managers as global markets plummet.

Bilateral trade between Nigeria and the UK, currently valued at £6 billion (about $8.3 billion) and projected to reach £20 billion by 2020, will be disrupted as trade agreements made under the auspices of the EU have to be renegotiated.

Data from the National Bureau of Statistics shows that the UK was Nigeria’s largest source of foreign investment in 2015. A slowing British economy and its reverberating effects could signal a drop in investment, trade, and also remittances from the Nigerian diaspora who sent home $21 billion in 2015.

Reduced trade and investment from Britain will not necessarily be plugged by the rest of the EU, say Lagos-based economist Tunji Andrews. The EU will be looking to strengthen its internal ties, plus there’s cheaper oil from Iran, cheaper labor from China and the eastern block. There’s really nothing we have as a competitive advantage to them right now.

Brexit is already fueling other independence campaigns. Within hours of the vote, leaders in France and Holland, Italy and Denmark called for their own referendums on leaving the EU. This sentiment is shared in southeast Nigeria as well, where government forces have spent much of the past year quelling violent protests by activists advocating for the secession and establishment of an independent country called Biafra. Having already called for a referendum earlier in the year, pro-Biafra activists may now be further emboldened.

The end of ‘British Outwardness’

Other countries on the African continent are bound to be affected as well. In Egypt, the main stock index fell 1.3 per cent, with investors worrying about a loss of British investment and demand for Egyptian exports. The central bank of Mauritius issued a statement that it had raised its reserves of gold and US dollars to reduce exposure to the pound. Should the need arise, the bank stands ready to take measures as appropriate to protect the best economic interests of Mauritius in the circumstance, the regulator said.

More broadly, analysts from Brookings Institution worry about how Brexit will affect the UK’s overall engagement with Africa. As head of the G8 last year, the UK pledged to double aid to Africa. The UK has been the largest funder to IDA17, the World Bank’s concessional borrowing programme.

The think tank concluded in a blog post, Perhaps the biggest impact of the Brexit on Africa would be the end of British ‘outwardness’- the country’s concern with and responsiveness to global development issues.