"Brexit decision sent stocks tumbling the next day. It led to a fall of 3.6 per cent in the S&P 500 and a drop of 3.4 per cent in the Dow Jones index on June 24. The S&P 500 Apparel and Accessories Index, which is a seven-company index based on Ralph Lauren, Hanesbrands, VF, Coach, PVH, Michael Kors, and Under Armour, erased YTD (year-to-date) gains and fell 5.4 per cent on the day following the Brexit announcement."

Brexit decision sent stocks tumbling the next day. It led to a fall of 3.6 per cent in the S&P 500 and a drop of 3.4 per cent in the Dow Jones index on June 24. The S&P 500 Apparel and Accessories Index, which is a seven-company index based on Ralph Lauren, Hanesbrands, VF, Coach, PVH, Michael Kors, and Under Armour, erased YTD (year-to-date) gains and fell 5.4 per cent on the day following the Brexit announcement.

Meanwhile, the Consumer Discretionary Select Sector SPDR Fund, which invests 6.7 per cent of its portfolio in apparel stocks, fell 3.7 per cent as compared to the previous closing price. 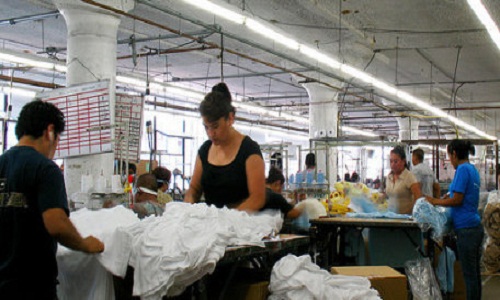 Brexit led to a tumble in apparel and accessories stocks. PVH was clearly the worst hit, while most apparel and fashion stocks were in the red after the Brexit vote. The stock fell 8.9 per cent after the company reported that it generated 3 per cent of its revenues from the UK markets. Other major losers in the apparel sector were: Ralph Lauren (-7.9 per cent), Michael Kors (-6.3 per cent), VF (-5.7 per cent), and Coach (-4.8 per cent).

Brexit resulted in the S&P 500 Apparel and Accessories Index falling 5.4 per cent the next day. All seven companies included in the index, viz. PVH, Ralph Lauren, Hanesbrands, VF, Coach, Michael Kors, and Under Armour registered a fall in their stock prices.

PVH stocks saw a fall after the company announced their UK revenues constitute 3 per cent of total revenues. PVH derives around 45 per cent of its revenues from international markets (i.e., outside North America). The company has the highest international exposure of its peer group. Its competitors VFC, Ralph Lauren, Kate Spade, and Michael Kors derived 37 per cent, 34 per cent, 19 per cent, and 22 per cent of their respective revenues from international markets in their last fiscal years. PVH’s top line has been bearing the brunt of a stronger dollar for some time now. Brexit might further strengthen the US dollar and add to the company’s woes. However, since only 3 per cent of the company’s revenues are derived from the UK, the impact might be limited and short-lived.

PVH has been one of the best performers in the apparel and fashion segment. The stock had gained 40 per cent in value YTD (year-to-date), as of June 23, prior to the Brexit vote. This is an incredible performance, particularly when compared to competitors Ralph Lauren, Hanesbrands, and Under Armour, which have fallen 10 per cent, 13 per cent, and 7 per cent, respectively, on an YTD basis.

The company’s solid financial performance has driven its stock price in the past. PVH has topped Wall Street earnings estimates for eight consecutive quarters. It registered a 33 per cent increase in EPS (earnings per share) on a constant-currency basis in its last reported quarter. Including the exchange rate impact, EPS remained flat during the quarter. While PVH’s stock plummeted after the Brexit announcement, in comparison, the S&P 500 Apparel and Accessories Index has risen just 0.3 per cent YTD as of June 24.

Analysts feel UK’s decision to leave the EU is unlikely to have a significant impact on US markets. As a UBS analysts feels the ‘Leave’ vote may weigh on sentiment in the near term, it is unlikely to result in a change in the fundamental outlook for US equities. They say, Brexit will be short-term noise amid improving intermediate indicators which signal the risk remains to the upside for US stocks. Some, Wall Street analysts are positive about PVH Corp and see potential for the stock to return to its pre-Brexit level.