"The growing popularity of social media platforms amongst millennials and Gen Z consumers allows challenger brands to disrupt the marketplace. As 2019 Cotton Incorporated Lifestyle Monitor Survey notes, almost one in two consumers today are less loyal to apparel brands than they were a few years ago. Around 22 percent of these consumers turn to social media sites to get an idea of the latest apparel trends" 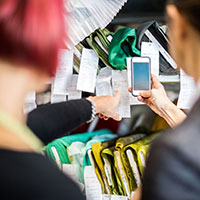 In a McKinsey report released earlier this year, 79 per cent industry executives revealed self-disruption to be one of the top five trends impacting apparel business. The report stated every new business wants to be the next big disruptor today. The movement is being driven by younger consumers who wish to set themselves apart from other upcoming brands and advancements in digital technology and social media.

Physical stores to retain popularity even as social media grows

Emerging ventures are challenging existing businesses through their branding, communication, and distribution. The growing popularity of social media platforms amongst millennials and Gen Z consumers allows challenger brands to disrupt the marketplace. As 2019 Cotton Incorporated Lifestyle Monitor Survey notes, almost one in two consumers today are less loyal to apparel brands than they were a few years ago. Around 22 percent of these consumers turn to social media sites to get an idea of the latest apparel trends. However, only half of them actually buy these clothes.

Moreover, younger consumers still prefer to shop in physical stores rather than engaging in online retail. A survey by A.T. Kearney reveals that around 81 percent consumers aged between 14-to-24 years prefer to shop in stores, while 73 percent like to discover new products at retail locations. 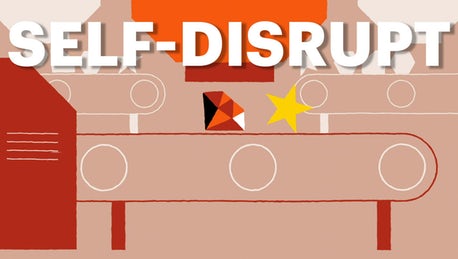 Another example of disruption was luxury brand Burberry, which developed a new logo and monogram under Riccardo Tisci. The brand, founded in 1856, was an early adopter of digital marketing and social media. In 2018, it collaborated with Fartech to make all its products available around the world. The British brand also created a drop collection called the B Series. The brand releases a capsule collection on the 17th of each month for just 24 hours. It recently launched a new program under which users who sell their Burberry items on the RealReal Platform receive an exclusive personal shopping experience at select US stores.

According to Walter Loeb, founder of Loeb Associates, a management consulting and advisory firm, the resale market is likely to be more disruptive to the apparel industry than anyone is expecting. The most prominent resellers will include eBay, Poshmark, Rebag, Farfetch, The RealReal, Goodwill. As the Monitor research revealed around 60 percent of Gen Z shoppers and 57 percent of Millennials purchased secondhand clothing from places like Thredup, Plato’s Closet, Poshmark.

Prior to resalers, the boxed apparel services like Stitch Fix were considered to be industry disruptors. But the acquisition and retention costs for these services are high, and the field is also very competitive with new players regularly entering the market.

Rise of the rental market

Other emerging popular options for the apparel sector include rental sites like Rent The Runway or Le Tote. As the Monitor survey reveals, around 22 percent of consumers used such sites in 2019, against 17 percent in 2018. The clothing rental market has been growing by more than 20 percent annually with brands and retailers like Bloomingdale’s, American Eagle,  Banana Republic, Urban Outfitters, Vince, NY & Company, Ann Taylor, and Express entering the market. The firm GlobalData Retail estimates the rental market to reach $2.5 billion by 2023.