The slow erosion of prominent department stores like Neiman Marcus and JC Penney due to COVID-19 is threatening the existence of many prominent malls in America. Already, these malls were facing stiff competition from online retailers for the last few years. The pandemic has confounded matters with many malls likely to shut shop over the next five years, says Mathew W Lazenby, Chief Executive Officer, White Family Development. Their closing will reshape the American suburban landscape as many of abandoned malls will be turned into local markets or office space, even affordable housing.

Around 1,200 malls in the country are likely to be closed as most of their retailers have filed for bankruptcy, notes Dehobrah Weinswig, 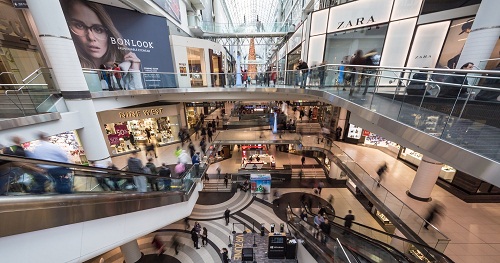 Founder, Coresight Research. Department stores account for about 30 per cent of mall square footage with 10 per cent occupied by Sears and JC Penney. These two retailers are expected to close over half of their mall-based department stores by 2021-end which could lead to other retailers also abandoning these malls, says Vince Tibone, Retail Analyst, Green Street Advisors.

The fortunes of American malls were dwindling even before the pandemic. While those in affluent areas managed to thrive, malls in lower-tier cities suffered as retailers closed stores and filed for bankruptcy. CoStar Group, a data provider for the real estate industry in America informs by June this year, 84 per cent of malls in America were considered healthy which is actually less than 94 per cent deemed healthy in 2006. This percentage is expected to drop further as more retailers plan to close stores this year.

Major mall operators in the country have started raising concerns over declining footfalls. One of the biggest mall operations, The Simon Property Group has abandoned its $3.6 billion deal to acquire Taubman Centers, as most of its malls, enclosed within closed spaces, are unlikely to be visited by consumers in the aftermath of COVID-19.

CBL & Associates Properties, which owns and operates roughly 60 malls, outlet stores and open-air shopping centers in the US, has also skipped about $30 million in interest payments due in June over substantial doubt about its continuance of operations.

Jim Hull, Owner and Managing Principal, Hull Property Group in Augusta, Ga., which oversees 30 enclosed malls, anticipates more malls in future to be community-based and located in smaller markets, with local and regional businesses. For instance, the Valco Shopping Mall in Cupertino Calif, is likely to be soon replaced with affordable housing, new entertainment and retail options or office space. Some of the investors have also started repurposing their malls by flipping store entrances to face the street.

Whether malls in America survive the crisis or not, mall culture in the country is definitely set for a change.