"Amid various ups and downs, the Indian denim sector has been able to sustain its growth momentum. Going ahead, it is expected to grow at a faster rate in spite of India’s apparel exports as well as the domestic market expected to register sluggish growth. Growing at a CAGR of 13 to 15 per cent y-o-y, the denim segment is registering growth at a time when overall apparel growth rate is being pegged at a lacklustre figure of 3-5 per cent, down from 12-15 per cent growth seen during the past couple of years."

Amid various ups and downs, the Indian denim sector has been able to sustain its growth momentum. Going ahead, it is expected to grow at a faster rate in spite of India’s apparel exports as well as the domestic market expected to register sluggish growth. Growing at a CAGR of 13 to 15 per cent y-o-y, the denim segment is registering growth at a time when overall apparel growth rate is being pegged at a lacklustre figure of 3-5 per cent, down from 12-15 per cent growth seen during the past couple of years. 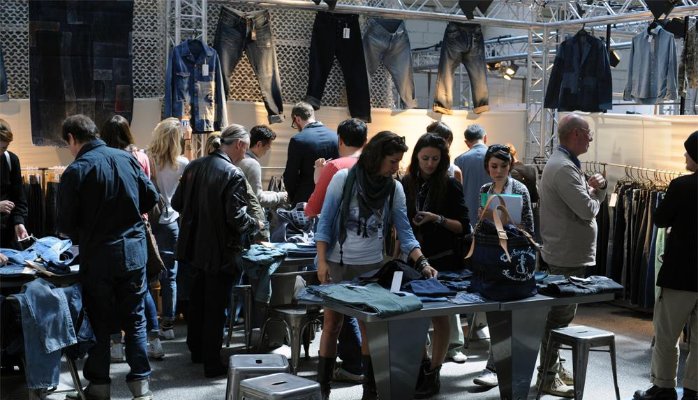 Denim makes up a sizable share of India’s total textile exports and production is expected to increase to 1.5  billion metres by 2020. Indian denim industry is primarily aiming to increase its exports share, currently pegged at 35 per cent of production compared to domestic consumption of 65 per cent. P R Roy, Chairman of Diagonal Consulting (India) points ut, denim is witnessing one of the fastest growth rates as an apparel fabric segment, up by 500 million metres from 700 million metres in 2010 to 1.2 billion in 2015. Yet, there is a gap of another 300 million metres if the denim industry needs to tap its full export potential.

Global denim market is slated to grow at about 8 per cent annually from $55 billion in 2015 to $59 billion in 2021. While the projected growth rate in Asia including India is around 12 per cent, that for Latin America, North America and Europe is expected to be around 15 per cent, 10 per cent and 4 per cent, respectively in the next six years, according to industry experts. Statistics by the National Bureau of Statistics of China indicate that the country’s denim export is dwindling.

Xintang used to be the most vibrant denim manufacturing centre of the world, which is facing several issues today. With initial investment from Hong Kong, cheap migrant labour from China’s inland provinces and a relatively accommodating local government policy framework, the town was an ideal manufacturing zone for international brands like Zara, Gap and H&M, until quite recently. This small town in Guangzhou province was home to more than 3,000 companies in the jeans and denim business, whose 200,000 workers cut and stitched 800,000 pairs of jeans a day.

That’s how things were before China’s labour cost increased by at least five fold during the past decade. Owing to low cost operations in India, Bangladesh and Vietnam, companies started investing in these regions and China’s denim sector started experiencing downfall. Having said that, it just doesn’t offer promising paradigms for Indian manufacturers in the wake of powerful opponents such as Bangladesh and Vietnam. To continue the growth story, consumption of denim apparel has to grow as well. US, a major consumer of denim apparels, has witnessed sizable decline in imports.

China has maintained 26.5 per cent share of US denim imports; a year-to-date total of $522 million, down 4.4 per cent from last year. Unit imports from China dropped by 8 per cent but the average cost per garment rose by 4 per cent. The 7 per cent increase in men’s jean imports from China was more than offset by a 9 per cent drop in women’s jeans imports.

US brands imported $470 million worth of jeanswear from Mexico between January and July, or 11.7 per cent less than in 2015. Total units from Mexico fell by 6.4 per cent, with the average cost per pair down by almost 6 percent to $8.13. Men’s jeans comprised almost 90 percent of US denim imports from Mexico and were responsible for most of the decline from that country as well.

Imports from Bangladesh, the US’s third-largest source of denim apparel, increased by 8 per cent, with units up 11.7 per cent and average cost down by more than 3 per cent, with women’s seeing most of the gains. Bangladesh is a major supplier of jeanswear to many of the fast fashion retailers. Vietnam experienced the biggest increase, whose denim exports to the US rose by 16.1 per cent so far this year, to $78.7 billion. Women’s jean imports from Vietnam rose by almost 17 percent, to $86.6 million.